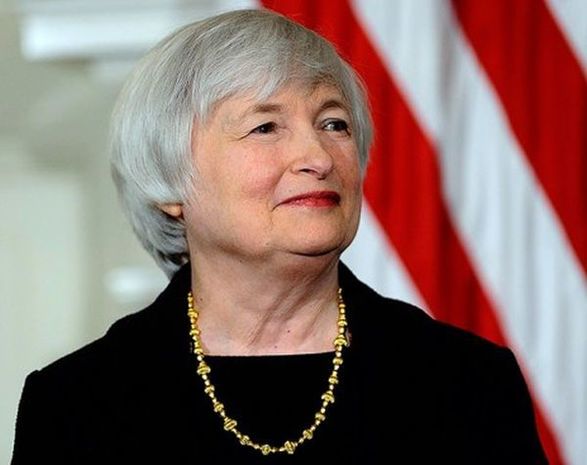 It would be "quite challenging" for the United States to reach the 3 percent growth target set by President Donald Trump, Federal Reserve Chair Janet Yellen told a Senate panel on Thursday in a hearing focused on regulatory reform and a discussion of lagging productivity, Reuters reports.

Trump has pledged to boost annual growth to 3 percent, the average for much of the last 70 years, and predicated an earlier tax plan on reaching that figure.

The Fed, the Congressional Budget Office and others feel that an aging population and lagging productivity mean the economy's potential has downshifted to around 2 percent growth or less - a fact that has profound effects on national wealth as the slower pace compounds over time.

"I think it is something that would be wonderful if you could accomplish it," Yellen said at a Senate committee hearing. "I think it would be quite challenging," and require a broad set of changes from tax reform to an improved education system that adds to labor productivity.

Yellen's appearance before the Senate Committee on Banking, Housing and Urban Affairs covered much of the same ground as her session with a House committee on Wednesday where she said the Fed's plans for further gradual rate increases and a slow drawdown of its balance sheet remain on track.

She also indicated the Fed agreed with some of the suggested changes to the current bank regulatory system that congressional Republicans and the administration have advocated, such as easing the strict Volcker rule on bank securities trading, and limiting application of the most stringent regulations to only the very largest institutions.

However the Senate panel pressed her for ideas about boosting economic growth, asking whether Trump's goal is achievable, and whether things like tax reform in particular might help.

Yellen said she would not offer specific details on a topic that is Congress' prerogative. But she said there was "general agreement that there are distortions in the corporate tax code" that could be changed to improve productivity.

In general, she said that moving annual productivity growth back above two percent - about double the pace of recent years - would be a monumental task.

Growth in productivity and growth in the number of workers are key components of growth overall, and both are now moving slowly.