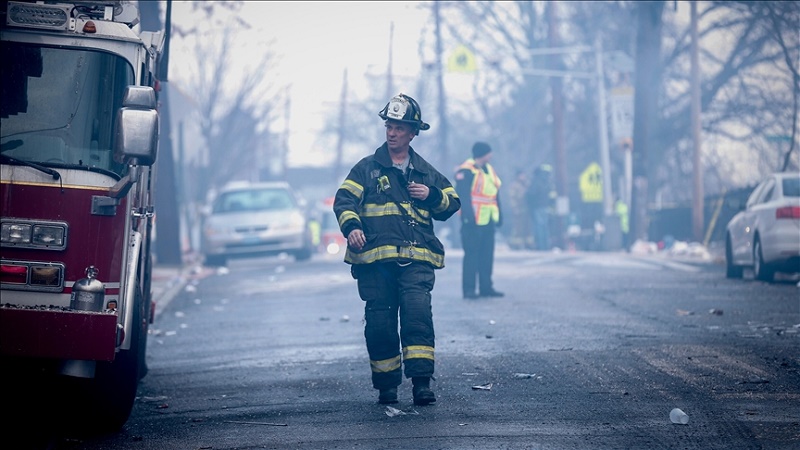 A deadly fire that tore through a converted row house in Philadelphia, in the US state of Pennsylvania, has left 13 people dead, fire and local officials said on Wednesday, Anadolu Agency reports.

The dead include at least seven children who were killed in the inferno, but officials stressed the death toll remains fluid as first responders continue to search the building. Two other people, including a child, have been transported to local hospitals, reportedly in critical condition.

Eight people were able to safely evacuate from the row house, which had been converted into two separate apartments, according to officials. Officials said a total of 26 people lived in the building, including 18 who lived on the unit that spanned the second and third floors.

“This is, without a doubt, one of the most tragic days in our city's history,” Mayor Jim Kenney told reporters at a press conference. “Keep these babies in your prayers.”

The Philadelphia Fire Department said it responded to a call of a fire at the site at 6:40 a.m. local time (1140 GMT), and were able to bring the fire under control within 50 minutes.

Philadelphia Fire Department First Deputy Fire Commissioner Craig Murphy said that when the crew arrived on the scene they "began an aggressive attack on the fire," and in the process discovered "multiple fatalities at this location."

"The fire was extinguished and it was terrible," he said. "This is probably one of the worst fires I’ve ever been to."

The cause of the fire remains under investigation.