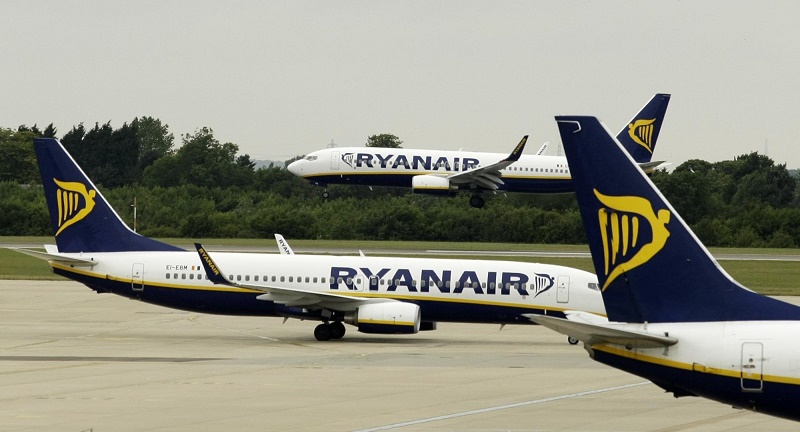 A group of leading travel businesses including Ryanair, BA, travel business Tui and Manchester Airports Group have launched legal action against the government over its travel curbs.

They want more transparency over how the government takes decisions on Covid travel rules.

In particular, they want to know how it assesses the Covid threat in destination countries.

The action is going ahead despite an easing of travel rules on Friday.

The chief executives of the groups involved said in a statement: "British consumers need to understand how decisions are made so they can confidently plan their travel, which is why we are asking the government to provide the data and advice that is underpinning its decision making."

The rules on travel now mean that, starting from 19 July, fully-vaccinated British residents returning from so-called amber list countries, which are deemed a medium-risk, will no longer have to quarantine on arrival back in the UK.

The traffic light system rates countries green, amber or red based on their Covid risk.

Red-list countries have the strictest rules, with only UK or Irish nationals, or UK residents, allowed to return - and they must pay for a 10-day stay in a government quarantine hotel.

There are still just a handful of "green" destinations, which tend to be smaller islands, for example, Malta.

Major holiday destinations, such as Spain, Greece, France and the US, remain amber.

Fewer than 30 destinations are on the green list, while more than 50 countries are on the red list.

Travel companies have long complained they have little idea how the government makes decisions on travel rules.

The group wants a wider re-opening of travel.

Airlines and travel companies say the limits on trave lhave had a devastating impact on the industry.

Their case, which is against the transport minister Grant Shapps, was heard at London's High Court on Friday.

The Department for Transport spokesperson said its traffic light system was intended to manage the risk of new variants, and added that the department could not comment on legal proceedings.