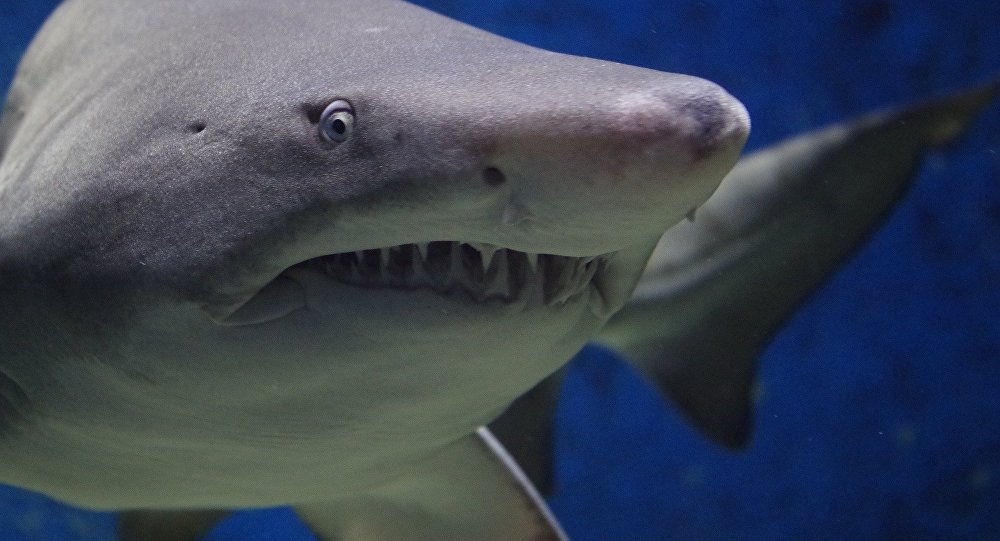 A viewing tank in a Mexican aquarium containing 13 sharks and numerous other fish shattered, spilling hundreds of thousands of gallons of water into the street. None of the animals contained within escaped their confines.

A 80 cm glass plate reportedly detached from the rest of the tank, allowing the water to escape. The hole, too small for a fish to slip through, opened while the aquarium was closed, and all the marine life housed in the tank was successfully transferred.

The tank was part of a new aquarium in Mazatlán, a city of over 650,000 in the state of Sinaloa, in northwestern Mexico, Sputnik reports. It opened in late December 2016, after eight years of construction and an estimated $3.7 million spent.

Local media reported that aquarium director Milay Quintero Beltrán was aware of problems with the tank and was intending to perform a structural review. Former aquarium director Jorge Gomezllanos Chavarín placed the blame on Beltrán's shoulders, saying that her lax policies regarding faulty sealant led to the break.

Osuna Osuna Architecture, the firm that built the tank, concurred with the accusations against Beltrán. In a statement, the company said that the tank had been altered by the aquarium after it had been completed and delivered.

Mazatlán mayor Fernando Pucheta Sanchez, who also serves on the aquarium's board of directors, said in a statement that the facility was "opened in an irresponsible way."

"To determine the causes of the fissure that caused water leakage in the shark tank will require an evaluation by experts who will see how the acrylic is broken and tell us if that failure was caused by poor construction, water pressure, or damage, " said Sinoloan Secretary of Public Works José Luis Sevilla Suárez.

Until the exhibit can be repaired, Mazatlán Aquarium's shark exhibit will remain closed.