Armed man takes 'around 20' hostages on bus in Ukraine 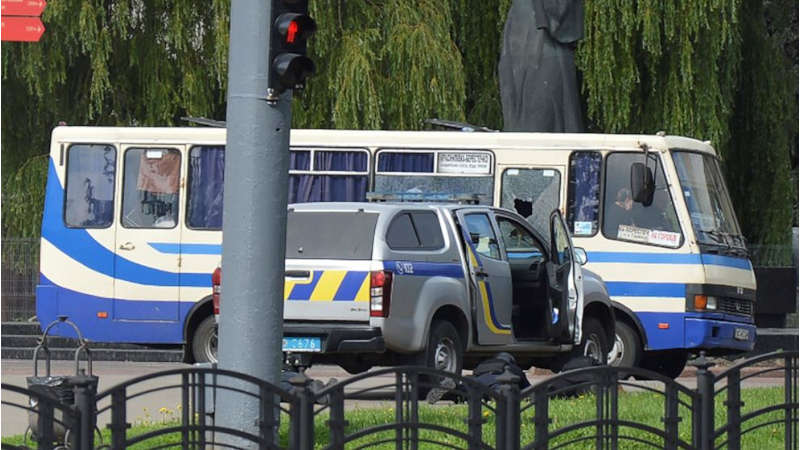 An armed man carrying explosives has taken around 20 passengers hostage on a bus in the western Ukrainian city of Lutsk, police said Tuesday, AFP reports.

The head of the local police service said shots were heard at the scene but no injuries have been reported so far.

Law enforcement has cordoned off the centre of Lutsk, a city in western Ukraine some 400 kilometres (250 miles) from the capital Kiev, and advised residents not to leave their homes or places of work.

Police said the SBU security services had surrounded the minibus after two shots were fired from it towards law enforcement.

"The attacker threw a grenade from the bus, which, fortunately, did not detonate," a statement said, adding that the attacker was believed to have undergone psychiatric treatment.

The hostage-taker made contact with the police and identified himself as Maksym Plokhoy, deputy interior minister Anton Gerashchenko said.

The authorities were working to confirm the identity of the attacker, he told AFP.

Gerashchenko said law enforcement was talking with the assailant in the hopes of resolving the crisis "through negotiations".

Posts on social media accounts using Plokhoy's name claimed he was armed, including with bombs.