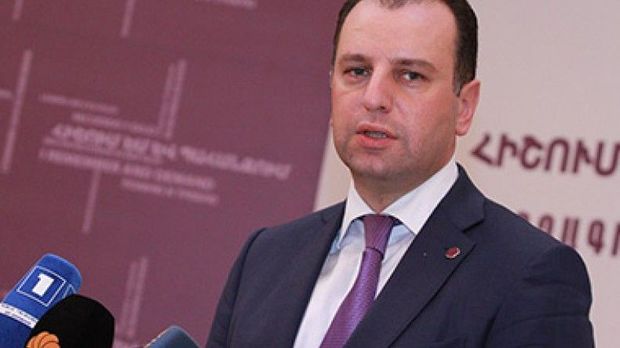 "Naturally, there is a discourse in public in terms of the thaw in Russian-Turkish relations, and its possible impact on Armenia."

Armenia, in the face of its Defense Minister Vigen Sargsyan, continues to voice territorial claims to Turkey, stating that in the first years of the Soviet power this country was handed the 'native Armenian territories'.

"Certainly, we need to understand that the Armenian public bears a deep historical grudge because of the treaties signed with Turkey in the first years of the Soviet power, under which a wide gesture was made for Turkey by handing over native Armenian lands. But I am sure that there are no conjunctive moods in time and history and we simply need to think about how such interaction may influence our region in the future."

According to News.am, Sargsyan spoke at the session of the International discussions club 'Valday' on the topic of 'Time of changes: world in time of global unpredictability' in Yerevan.

Touching upon the warming in relations between Russia and Turkey, the Armenian minister noted that if as a result of this thaw Russia will be able to ensure Turkey's predictability, it will base on Armenian interests.

"Naturally, there is a discourse in public in terms of the thaw in Russian-Turkish relations, and its possible impact on Armenia," Sargsyan said. He noted that, according to the Armenian side, if Russia manages to ensure clarity, transparency and predictability of Turkey, this may base on Armenian interests.

He considers that the agreement on joint grouping of troops of the Armenian and Russian armed forces signed a few weeks ago and the presence of the 102nd Russian base in Armenia will become a serious response to the potential regional threat from the Turkish side and its involvement in any processes in the territory of the South Caucasus.