At least 19 people dead as boat sinks in Bangladesh river 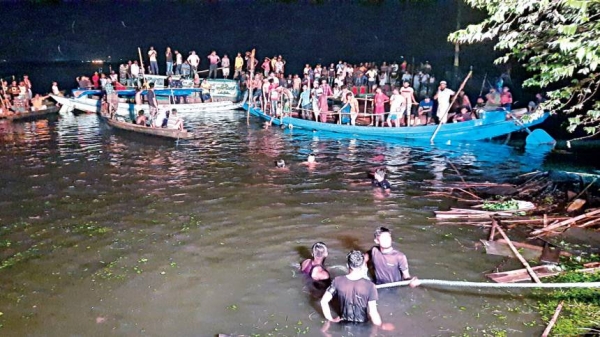 At least 19 people were killed after a boat capsized in a river in Bangladesh's Brahmanbaria district, some 109 km east of the capital Dhaka, on Friday night, a police official said, Xinhua reports.

"The bodies of 19 travelers have already been recovered," Mohammed Anisur Rahman, the district's police chief, told Xinhua via mobile phone.

According to the official, the boat was carrying scores of travellers.

"We've come to know that many of the travellers managed to swim ashore after the boat capsized," he said.

A search is underway for the missing, he added.

The official could not give immediately the exact number of missing passengers.