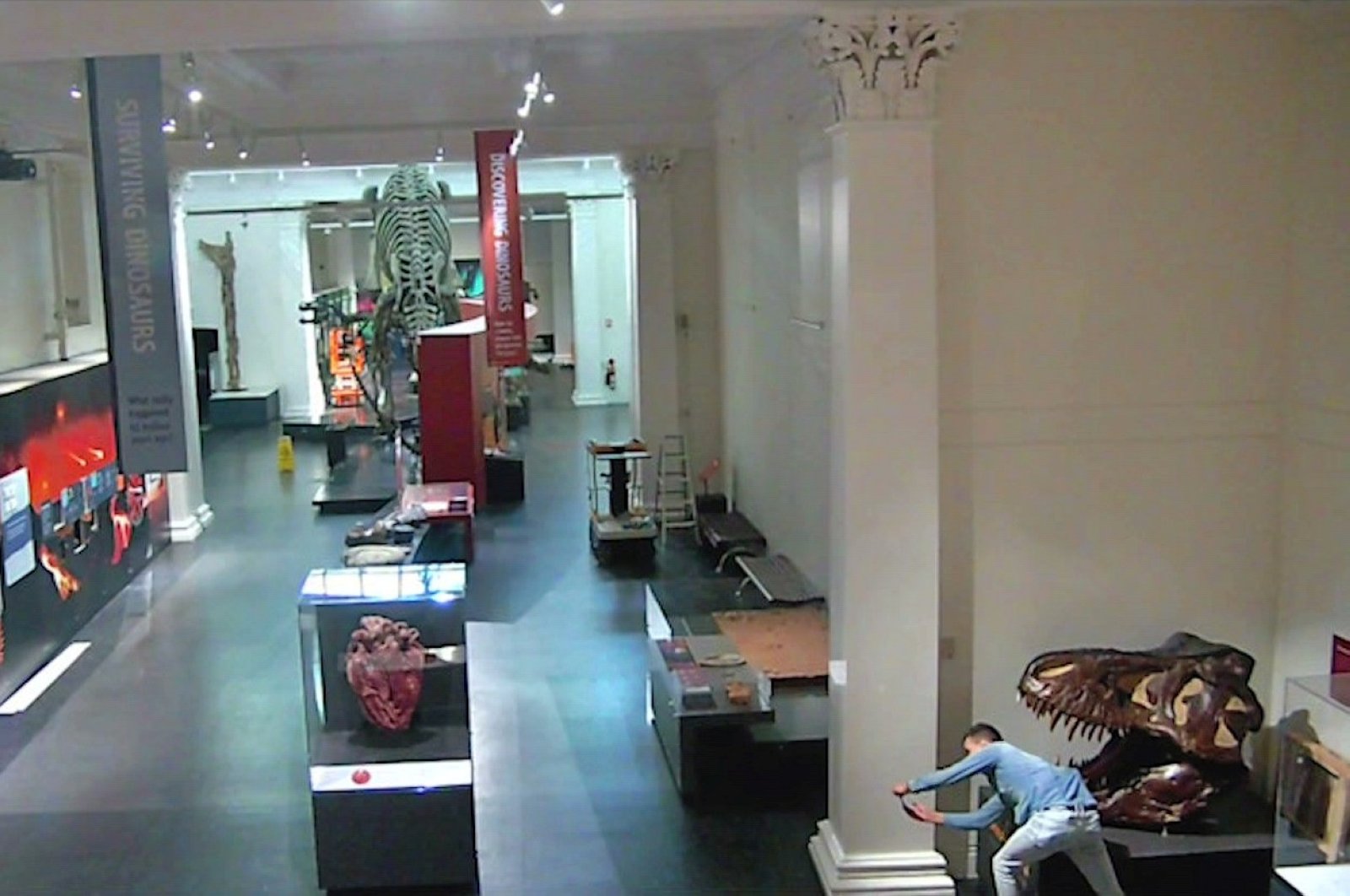 Australian police on Monday charged a German student with breaking into a Sydney museum as security footage showed him allegedly taking selfies next to dinosaur exhibits, Daily Sabah reports.

New South Wales (NSW) Police said that Paul Kuhn broke into the Australian Museum on May 10 around 1 a.m. local time, using some nearby scaffolding to gain access, before exploring the exhibits for 40 minutes.

"He's taken some selfies with some of the displays. He's also stolen a hat and a picture (from) the wall and eventually left," Sean Heaney, chief inspector of NSW Police, told reporters in Sydney.

The 25-year-old student appeared on Monday in court where he faced charges of stealing a cowboy hat and a piece of artwork.

He was granted bail on the condition that he surrenders his passport and adheres to a curfew.

The Australian Museum is the country's oldest. It has been closed to the public since August 2019 for renovations.