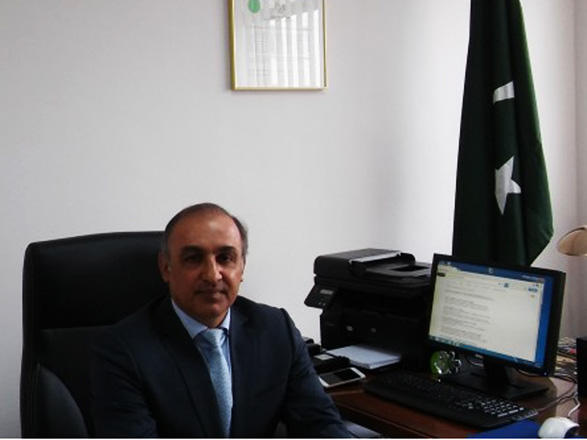 The China-Pakistan Economic Corridor, which is now being developed, can be advantageous for Azerbaijan as well, Pakistan’s Ambassador Saeed Khan Mohmand told re

He reminded that the corridor will cut the distance of cargo transportation by 14,000 kilometers, according to Trend.

It is expected that 300-400 million tons of cargo will be transported via the corridor.

The China-Pakistan Economic Corridor is an infrastructure project funded by China.

As part of the project, it is expected to link the Pakistani southwestern port city of Gwadar with China's Xinjiang Uygur Autonomous Region through a wide network of roads and railways.

The project will become an alternative to transportation via the Strait of Malacca.