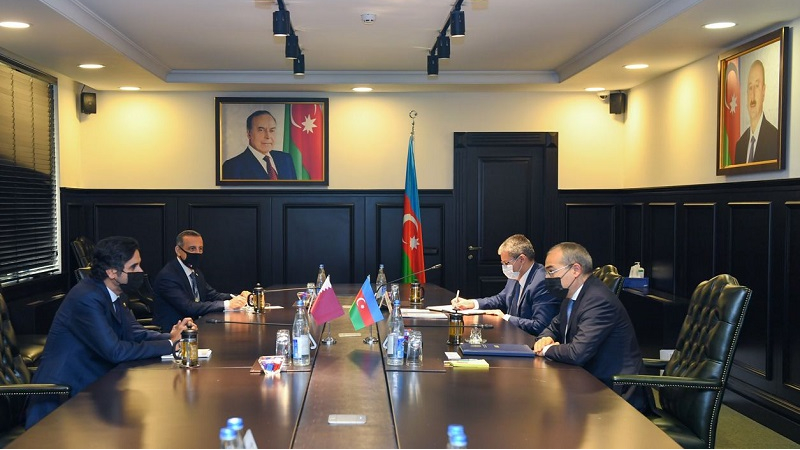 The high level of relations between Azerbaijan and Qatar, as well as the importance of mutual visits in the development of cooperation, were highlighted during the meeting.

Jabbarov stressed that Azerbaijan highly appreciates the support of Qatar in a just solution to the Armenian-Azerbaijani conflict within the territorial integrity and sovereignty of Azerbaijan.

The minister also noted that cooperation between the two countries in various fields is developing successfully and in the first 10 months of 2020, there is an increase in trade.

At the meeting, the possibilities of expanding economic ties between the two countries were discussed, as well as the strengthening of the role of the joint economic and trade and technical commission in expanding ties was emphasized.

Qatari companies were invited to partake in the implementation of joint projects in Azerbaijan.

The Ambassador Extraordinary and Plenipotentiary of Qatar to Azerbaijan, in turn, shared his views on the prospects for developing cooperation with Azerbaijan and congratulated the Azerbaijani people on the victory in the Second Karabakh War.

After the meeting, issues of developing extensive cooperation, as well as issues of mutual interest were discussed.