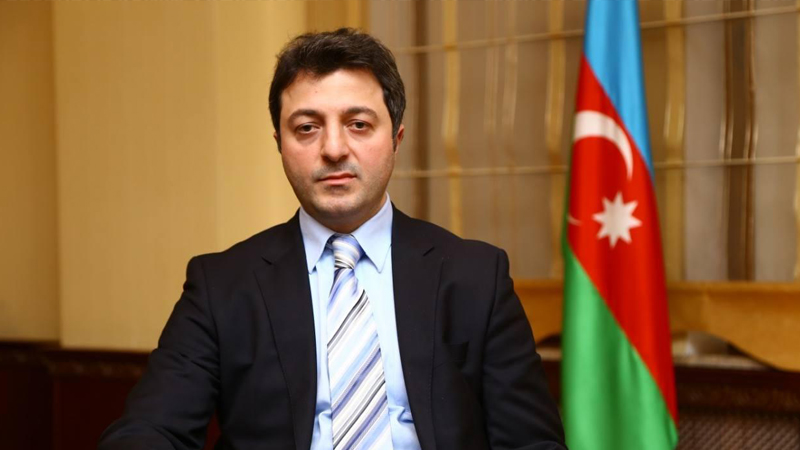 The so-called “inauguration” ceremony held in the occupied Shusha city of Azerbaijan serves one purpose – to disrupt the peace negotiations, Tural Ganjaliyev, Head of the Azerbaijani Community of the Nagorno-Karabakh region of Azerbaijan, told News.Az.

“On May 21, Armenia, by taking a step that is a blow to the peace process, organized the so-called “inauguration” of the “president” elected as a result of the illegal “election” show staged by the Armenian community of the occupied Nagorno-Karabakh region of Azerbaijan. This provocative event was organized in the building of Azerbaijani cinema in occupied Shusha city, with the participation of Armenia’s political leadership,” he said.

Calling the “inauguration” meaningless and baseless, Ganjaliyev added. “Yesterday’s event was so meaningless and baseless that a new puppet “leader” of the illegal regime in his speech repeated the phrase “Karabakh is Armenia, and full stop,” voiced by the Armenian prime minister in Khankendi in August 2019. In this case, the question arises: if Karabakh is Armenia, then who are you? The answer is actually clear – a puppet "representative" appointed in the occupied Azerbaijani territories by Armenia in order to distort the essence of the conflict.”

Ganjaliyev emphasized that these games of Armenia's political leadership will fail.

The community head once again underlined that the Karabakh region occupied by Armenia is an integral part of Azerbaijan, and this fact cannot be changed. “As stated in Article 11 of the Constitution of Azerbaijan, the country’s territory is united, inviolable and indivisible.”

Ganjaliyev reiterated that the conflict can be resolved only within the internationally recognized territorial integrity of Azerbaijan, after the withdrawal of Armenian troops from the occupied Azerbaijani territories and the return of Azerbaijani IDPs to their native lands.

“Lasting and just peace in the region is possible only through the peaceful coexistence of the Armenian and Azerbaijani communities of Nagorno-Karabakh within Azerbaijan’s internationally recognized borders. This is the main condition for us to ensure peace in the region.”