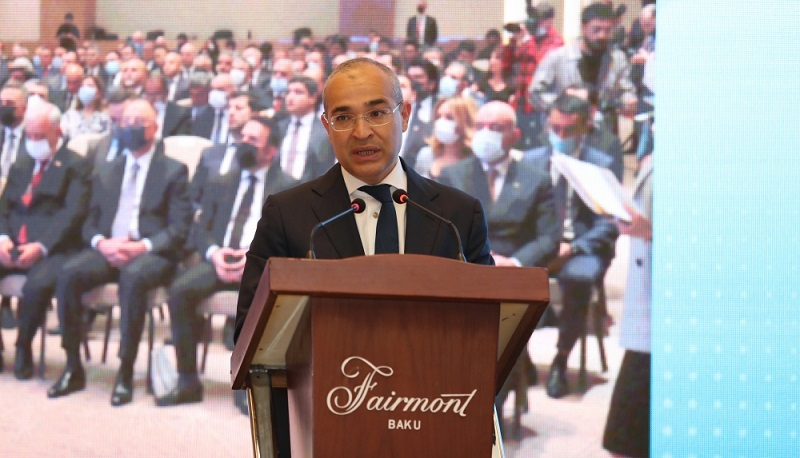 Azerbaijan’s economy has grown dynamically over the past 18 years, the country’s Economy Minister Mikayil Jabbarov said on Monday.

The minister made the comments at a conference on the topic “Role of entrepreneurship in economic development” held in Baku on the occasion of the Day of Entrepreneurs, a correspondent of News.Az reports.

Jabbarov noted that production in Azerbaijan has grown by four times, and agriculture – by two times during the reporting period.

He stressed that for decades, the Azerbaijani government has done a number of works to encourage entrepreneurial activity, increase investment potential, and expand the number of financial instruments.

“Despite the negative consequences faced by the Azerbaijani economy, today we continue to take measures to accelerate economic growth, which is closely connected with the development of small and medium businesses,” the minister added.