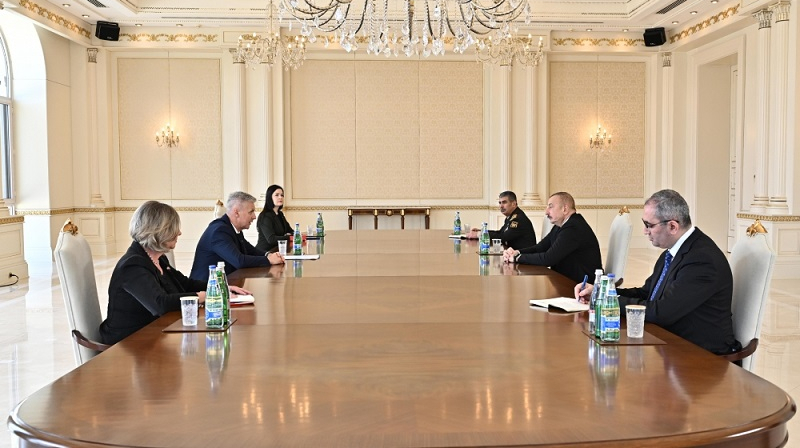 The development of relations between Azerbaijan and Latvia was hailed, and the importance of high-level reciprocal visits was underlined at the meeting. The sides exchanged views on prospects for cooperation in economic, trade, investment and transport areas.

They pointed to Azerbaijan-NATO relations. President Ilham Aliyev's visit to NATO headquarters in Brussels last year, his meeting with Secretary General Jens Stoltenberg and his speech at a meeting of the North Atlantic Council were recalled, Azerbaijan’s participation in NATO's "Resolute Support" mission in Afghanistan was underlined during the conversation.

The sides also hailed the successful development of Azerbaijan-European Union relations, and in this regard noted the importance of the Eastern Partnership Summit of the European Union which was held last year.

The minister congratulated the Azerbaijani President on the victory in the second Armenian-Azerbaijani war.