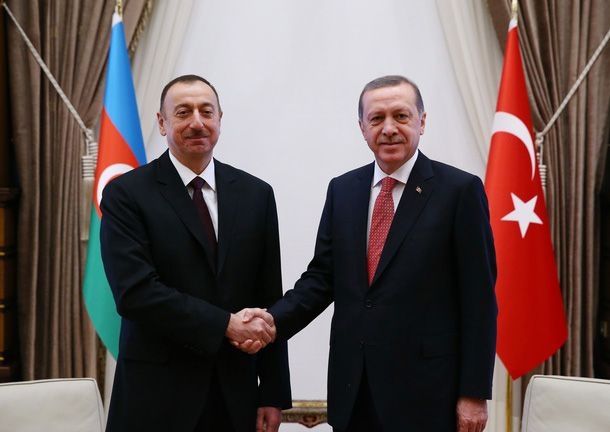 “January 14, 1992 marks the establishment of the diplomatic relations between the Republic of Azerbaijan and the Republic of Turkey. I congratulate you on the occasion of the 25th anniversary of this remarkable event and extend my best and sincere wishes to the friendly and brotherly people of Turkey,” President Aliyev said in his letter addressing Erdogan, APA reports.

“The brotherly Turkey is the first country, with which Azerbaijan established diplomatic relations in its independent history,” the president said. “Ties between our countries and nations have deep historical roots. “One nation, two states” principle has covered all spheres of Azerbaijan-Turkey relations that have no analogues in the world.”

“Based on friendship and brotherhood, our relations have today reached the level of strategic partnership thanks to our joint efforts. Azerbaijani-Turkish partnership contributes to welfare of our peoples, prosperity of our countries and establishment of peace and stability in the region,” the Azerbaijani president noted.

President Aliyev expressed confidence that Turkish-Azerbaijani unity and solidarity will be further strengthened and expanded in the best interests of our nations.

“Taking this opportunity, I wish you good health, success in your activities and the brotherly people of Turkey lasting peace and prosperity,” the president added.