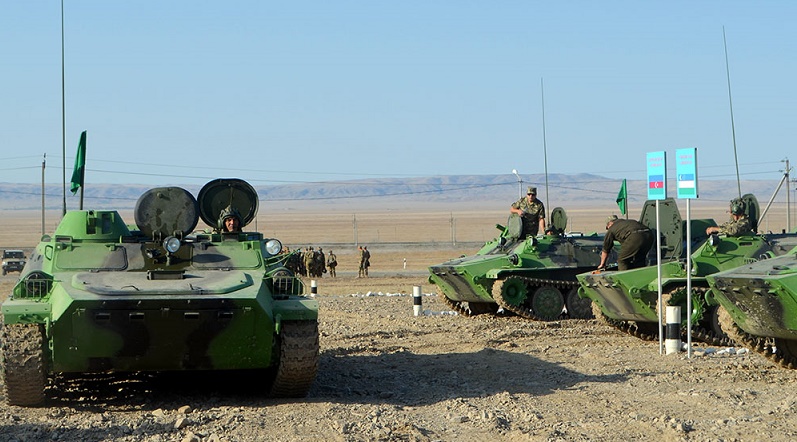 The preparation of the Azerbaijani servicemen for the "Masters of Artillery Fire" contest held in Kazakhstan as part of the "International Army Games - 2021" continues.

On the next day, the crew worked out to take firing positions and deploy command-observation posts, bring mortar guns into the firing and the marching positions, aim, load, and conduct combat firing.

The skills of Azerbaijani artillerymen in controlling combat vehicles in difficult terrain and using them in combat conditions were improved.

During the contest with the participation of artillerymen from 10 countries of the world, various tasks with the use of weapons and combat equipment will be fulfilled in stages.