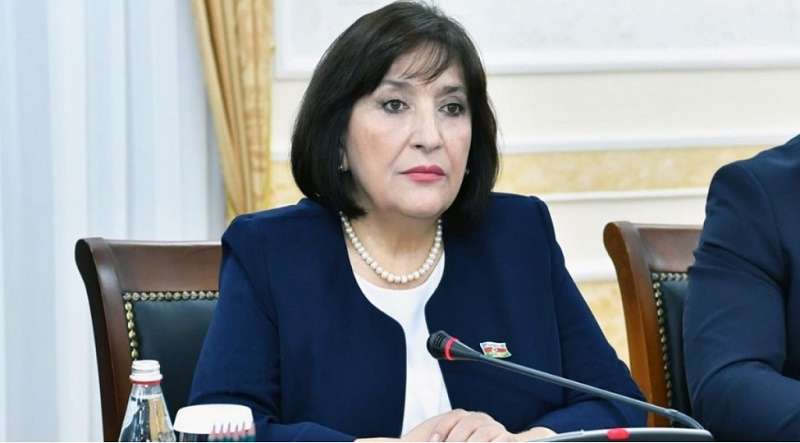 An Azerbaijani parliamentary delegation headed by Speaker Sahiba Gafarova is on an official visit to Kazakhstan.

During a meeting with the Chairman of the Mazhilis of the Parliament of Kazakhstan Nurlan Nigmatulin, Speaker Gafarova provided detailed information about the Khojaly genocide, stressing that some international organizations and parliaments of numerous countries have already recognized the genocide.

Speaker Gafarova also reminded that Azerbaijan has gained a victory during the 44-day Patriotic War and liberated its territories from the 30-year-long Armenian occupation. She also spoke about the large-scale restoration projects launched by Azerbaijan in its liberated territories.

Moreover, during a meeting with the Chairman of the Senate of the Parliament of Kazakhstan Maulen Ashimbayev, Gafarova also highlighted the topic of the Khojaly genocide and expressed hope that the Kazakh side will take appropriate steps in this regard.

On Feb. 25-26, 1992, during the first Karabakh war, the Armenian Armed Forces, supported by the 366th infantry regiment of Soviet troops, stationed in Khankendi city, committed an act of genocide against the population of the Azerbaijani town of Khojaly.