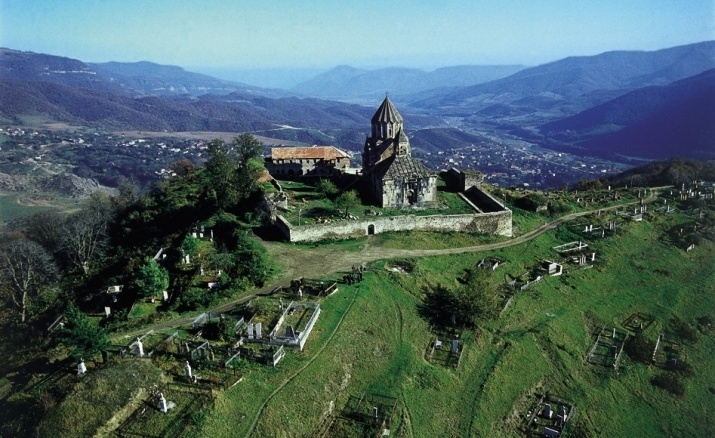 24 years have passed since the occupation of the Azerbaijani district of Kalbajar by Armenian armed forces, APA reports.

Kalbajar was occupied after the long battles on April 2, 1993.

Kalbajar, an area of 1,936 square kilometers located outside Nagorno-Karabakh, was the scene of the torture of innocent people by the Armenian invaders.

As a result of the incident, as many as 511 civilians were killed, 321 went missing or were captured, and 58,000 residents of Kalbajar were expelled from their native lands.

The Armenians also destroyed an Albanian temple in the Vang village, an Albanian church in Cherekdar, Lok fortress in Ganlikend, Ulukhan fortress in Garajanli, an Albanian church on Tartar River, the fortresses of Galabonu, Jomerd, Keshikchi, several mosques in the town of Kalbajar and Otaqli, Bashlibel villages, Taglidash Bridge over the Tartar River, a museum of history and ethnography, the Ashig Shamshir Cultural House, and the Sayyid Asadullah shrine in the Soyudly summer field of the Kalbajar district.

Following the occupation of Kalbajar, the UN Security Council adopted Resolution 822, demanding an immediate withdrawal of all occupying forces from the district and other occupied territories of Azerbaijan. Armenia has not fulfilled the resolution.

Furthermore, in contradiction with the UN and OSCE principles, the Armenians have started a purposeful settlement of people in Kalbajar since 1999.