Biden embarks to UK on 1st overseas trip as US presiden 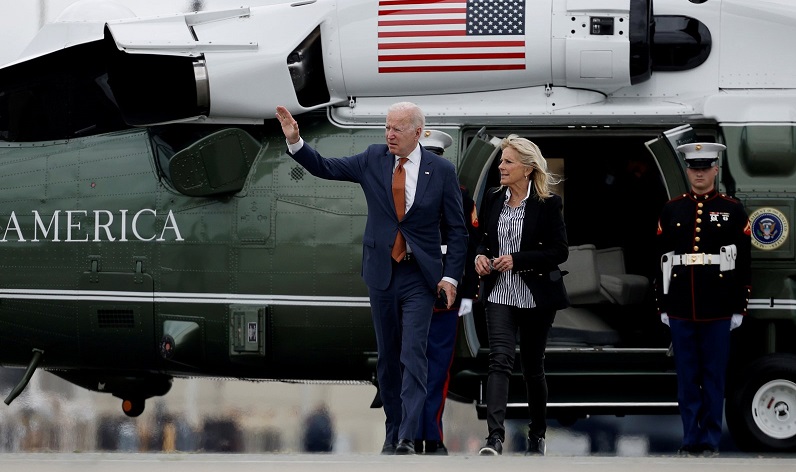 United States President Joe Biden headed to the United Kingdom early Wednesday on the first foreign trip of his presidency, launching an eight-day mission to rebuild trans-Atlantic ties that were strained during the Trump era. He will meet with President Recep Tayyip Erdoğan there before tense face-to-face talks with Russian President Vladimir Putin.

Biden is eager to reassert the United States on the world stage and steady European allies deeply shaken by his predecessor. Biden has set the stakes for his eight-day trip in sweeping terms, believing that the West must publicly demonstrate it can compete economically with China as the world emerges from the coronavirus pandemic.

Building toward his trip-ending summit with Putin, Biden will aim to reassure European capitals that the United States can once again be counted on as a dependable partner to thwart Moscow’s aggression both on their eastern front and internet battlefields.

The trip will be far more about sending the right message than specific actions or deals. And the paramount priority for Biden is to convince the world that his administration is not just a fleeting deviation in the trajectory of an American foreign policy that many allies fear irrevocably drifted toward a more transactional outlook under former President Donald Trump.

"The trip, at its core, will advance the fundamental thrust of Joe Biden’s foreign policy to rally the world’s democracies to tackle the great challenges of our time,” said National Security Adviser Jake Sullivan.

Biden’s to-do list is ambitious. In their face-to-face sit-down in Geneva, Biden wants to privately pressure Putin to end a myriad provocations, including cybersecurity attacks on U.S. businesses by Russian-based hackers, the jailing of opposition leader Alexei Navalny and repeated overt and covert efforts by the Kremlin to interfere in U.S. elections. Biden is also looking to rally allies on their COVID-19 response and to urge them to coalesce around a strategy to check emerging economic and national security competitor China even as the U.S. expresses concern about Europe's economic links to Moscow.

He also wants to nudge outlying allies, including Australia, to make more aggressive commitments to the worldwide effort to curb global warming.