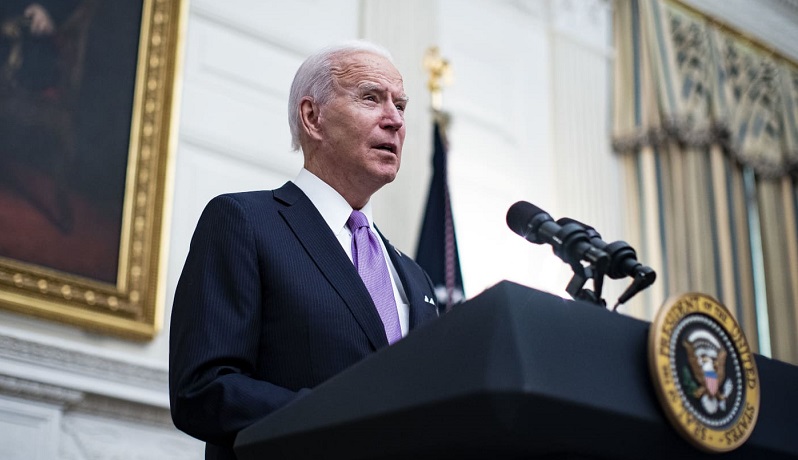 U.S. President Joe Biden on Friday signed two executive orders, one to expand food assistance to low-income Americans, and the other to raise the minimum wage to 15 U.S. dollars for federal employees.

That includes 30 million adults and as many as 12 million children, the president continued.

With the signing of one of the executive orders, the Department of Agriculture will consider taking immediate steps to make it easier for the hardest hit families to enroll and claim more generous benefits in the critical food and nutrition assistance areas, he said.

Biden also highlighted the need for the Congress to roll out more sweeping aid, saying that the 1.9-trillion-USD American Rescue Plan he proposed last week has gained support from bipartisan economists and Wall Street analysts.

"We cannot, will not let people go hungry. We cannot let people get evicted because of anything they did themselves. We cannot watch people lose their jobs. We have to act," Biden said. "We must act decisively and boldly to grow the economy."