Biden to unveil reversal of Trump's tax cuts for rich 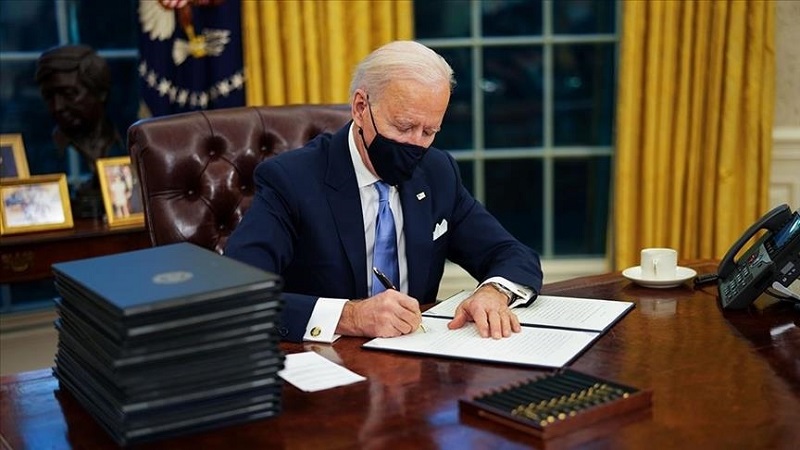 US President Joe Biden is set to unveil a raise on taxes for the wealthy on Wednesday, reversing his predecessor Donald Trump's tax cuts.

It is one of the aims of the American Families Plan, Biden's third major legislative proposal, the White House said in a statement.

"The President’s tax agenda will not only reverse the biggest 2017 tax law giveaways, but reform the tax code so that the wealthy have to play by the same rules as everyone else," it said. "The plan will also eliminate long-standing loopholes, including lower taxes on capital gains and dividends for the wealthy that reward wealth over work."

Pledging not to increase taxes on households with incomes under $400,000, the Biden administration believes this plan "would raise $700 billion over 10 years."

Biden will also announce a $1.8 trillion plan that combines $1 trillion in investment with $800 billion in tax cuts and credits for American families with middle- and lower-income.

"That is why the American Families Plan calls for an additional four years of free, public education for our nation’s children," said the statement. "Specifically, President Biden is calling for $200 billion for free universal pre-school for all three- and four-year-olds and $109 billion for two years of free community college so that every student has the ability to obtain a degree or certificate."

The plan additionally seeks to extend the child tax credit through 2025, make an expansion of the earned income tax credit to childless adults with low incomes permanent, and provide direct support for families for child care.

Biden will reveal the new decisions during his address to Congress later Wednesday.