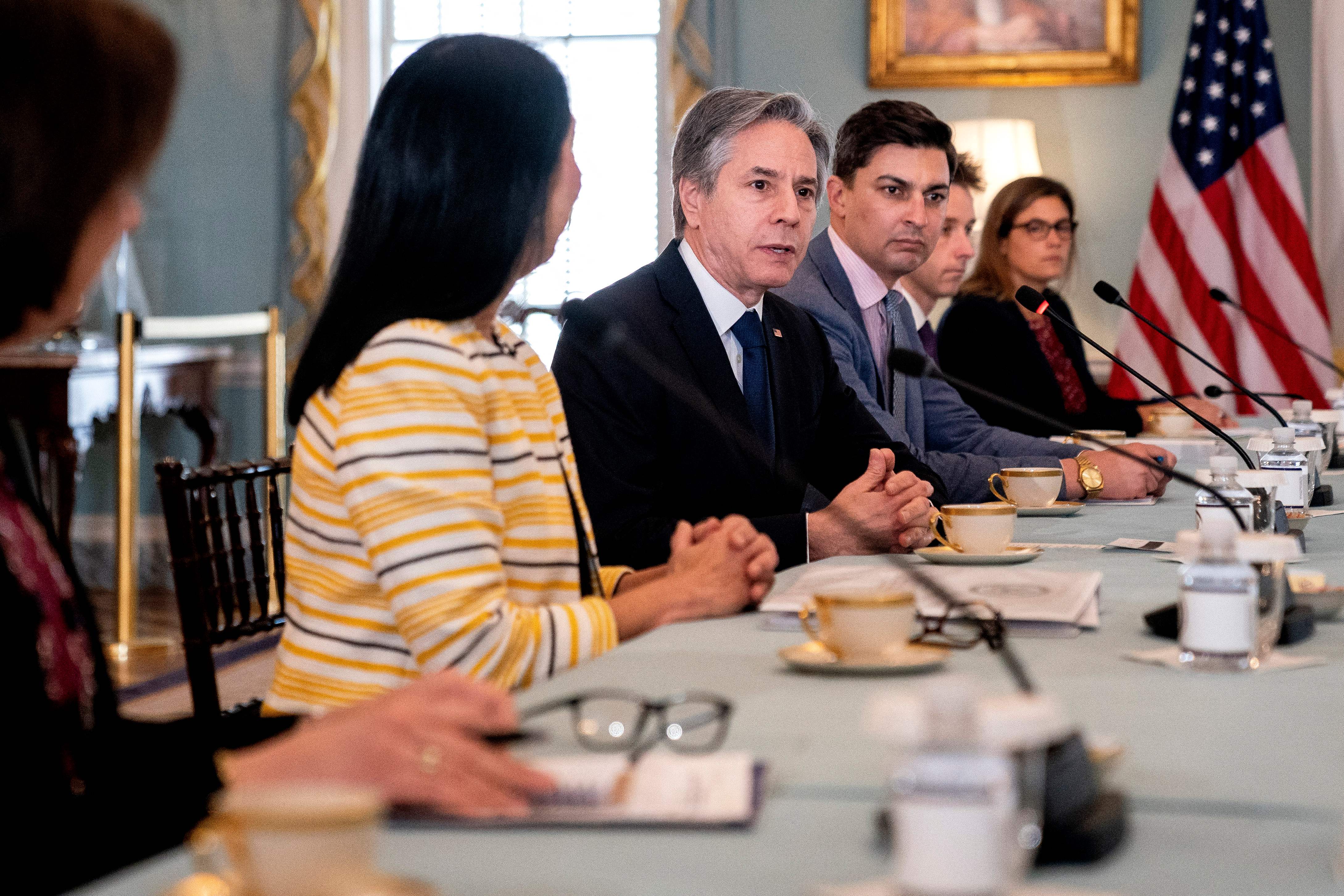 US Secretary of State Antony Blinken said Tuesday that the global backsliding of human rights is starkly evident “in the Russian government's brutal war on Ukraine,” News.az reports citing Ukrinform.

“That's especially true in recent weeks, as Russian forces have been pushed back from towns and cities they occupied or surrounded and evidence mounts of their widespread atrocities,” Blinken said in remarks at the State Department while releasing the 2021 Country Reports on Human Rights Practices.

“We see what this receding tide is leaving in its wake. The bodies, hands bound, left on streets. Theaters, train stations, apartment buildings reduced to rubble with civilians inside. We hear it in the testimonies of women and girls who have been raped, and the beseeched civilians starving and freezing to death. In response people and governments in every region are voicing their condemnation and calling for those responsible to be held accountable,” the secretary of state described.

“In its disdain for human life and dignity, the Kremlin has reinvigorated a belief in people worldwide, that there are human rights that everyone everywhere should enjoy and underscore why these rights are worth defending,” he said. “At the same time, civil society, governments, and people around the world are rightly pointing out that Ukraine is tragically far from the only place where gross abuses are being perpetrated. They want the international community to shine a spotlight on human rights abuses wherever they're being committed, and to bring the same urgency to stopping abuses and holding perpetrators accountable," he said.