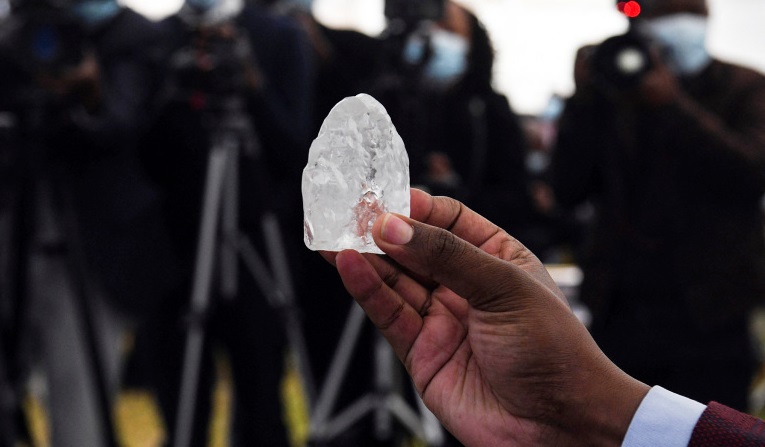 The “world’s third-largest diamond” has been discovered in Botswana, a mineral rich country located in southern Africa, the government there announced.

According to a statement, the precious stone weighing 1,098 carats was unearthed on June 1 from Jwaneng mine's South Kimberlite pipe some 75 miles (121 kilometers) from the capital Gaborone.

The mine is owned by Debswana, a diamond company owned by Botswana's government and De Beers mining Group. The company said this is the largest diamond in its history since diamonds were discovered in the Botswana in 1967.

The gem was presented to President Mokgweetsi Masisi on Wednesday. He said the proceeds from the diamond will be used to advance national development in the country.

Botswana is well known for producing large diamonds. In 2019, the second-largest diamond in history was discovered in Botswana by Lucara Diamond .The unbroken 1,758- carat stone was unearthed through the state-of-the-art XRT circuit technology commissioned in Botswana in 2015.

In 2015, another unbroken diamond of 1,109 carats called Lesedi La Rona was unearthed at Karowe mine. It was known to be the second largest in the world at the time.