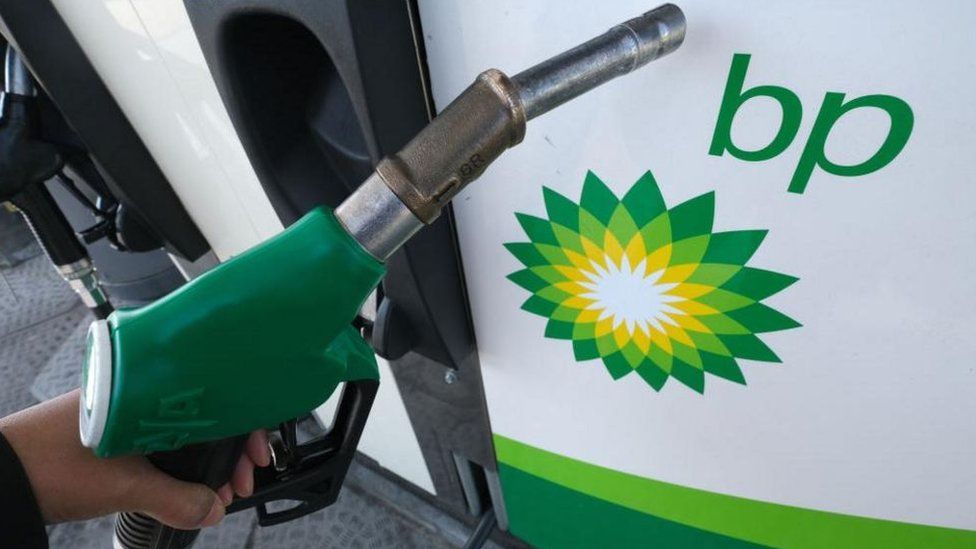 The energy giant saw underlying profits hit $8.45bn (£6.9bn) between April and June - more than triple the amount it made in the same period last year.

It comes as typical household energy bills have been forecast to hit more than £3,600 a year this winter.

The bumper profits have prompted calls for the government to tax firms further to help families with rising bills.

BP's profits were the second highest for the second quarter in the firm's history and follow record profits from rival Shell and huge earnings from British Gas owner Centrica last week as oil firms benefit from soaring energy prices.

Dale Vince, the founder of energy supplier Ecotricity said BP was "holding a shedload of money that is coming from hard-pressed bill-payers in our country", adding he believed it was time to increase taxation on the profits of oil and gas companies.

"Clearly there are exceptional windfall profits in the oil and gas sector, and clearly there's a problem in the energy market, and we should fix one with the other," he told the BBC's Today programme.

Campaign groups Greenpeace and Friends of the Earth as well as Labour and the Liberal Democrats also called for a tougher windfall tax on oil and gas firm profits.

The government has introduced a package of measures to help people with energy bills, such as a £400 discount, and following political pressure, ministers announced in May that oil and gas firms would pay an extra 25% on profits made in the UK.

The tax applies from 26 May to profit made in the UK, which for most oil and gas companies is a small part of their operations. For BP, it accounts for a tenth of overall oil and gas production.

BP will therefore not be required to pay the levy on the majority of the profits it made between April and June.

The Treasury said it did not comment on "individual taxpayers", but added it expected the windfall tax, called the Energy Profits Levy, to raise about £5bn in its first year.

Critics of a windfall tax argue it might hit pension funds invested in energy firms.

However, pension funds are invested across different countries and industries, so a tax in one sector is unlikely to make a noticeable difference.