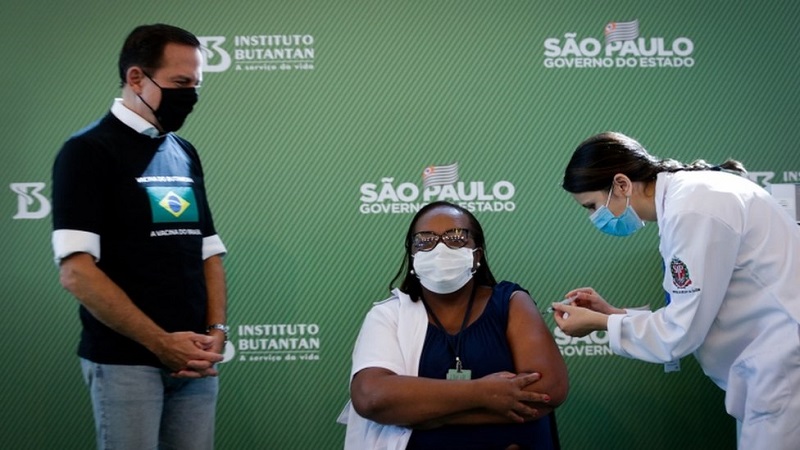 The decision came after Brazil's Health Regulatory Agency unanimously approved on Sunday the emergency use of the CoronaVac vaccine, from the Chinese laboratory Sinovac, as well as the AstraZeneca-University of Oxford vaccine.

The vaccines will be delivered by the Brazilian Air Force "to strategic points" in each state, and on Wednesday, vaccination will begin throughout the country.

The first vaccine to be distributed in Brazil was CoronaVac, developed by Sinovac in conjunction with the Butantan Institute of Sao Paulo, and the first doses were given to health professionals in Sao Paulo moments after the approval.

The Brazilian government has procured 6 million doses of the CoronaVac vaccine to be distributed throughout the country.

Despite the vaccine program, the minister urged the population "not to relax in preventive measures."