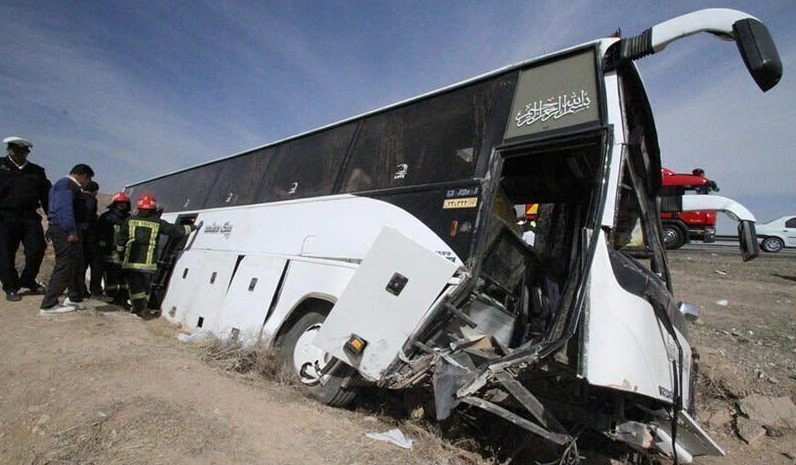 According to the governor of Naqadeh County, a bus carrying journalists was traveling from Tehran in the West Azarbaijan Province heading to the Kani Sib dam but it overturned on the road near the city of Naqadeh in the northwestern province.

Speaking to Mehr, Aydin Daneshgar, the director of Naghadeh Hospital, reported the death of two journalists in the accident.

According to Daneshgar, one person is reported to be in critical condition.

The journalists were going to visit Lake Urmia in the northwestern province.

IRNA and ISNA reporters are reported to have been killed in the accident.

Meanwhile, the spokesman of Iran's Emergency said that as many as 10 ambulances were dispatched to the area to transfer the injured journalists to hospitals.

According to other media reports, in the accident, two journalists lost their lives as they had fallen under the overturned bus, while 21 more people were injured.

Rescue helicopters have also been dispatched to the area.