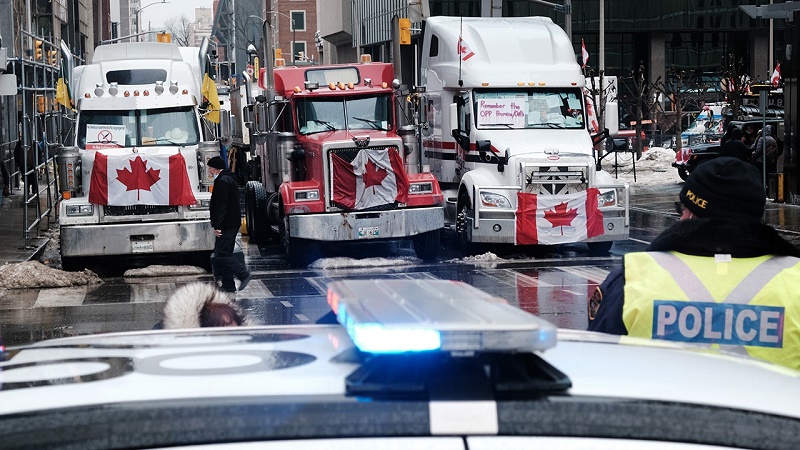 Trudeau said at a press conference that he invoked the Emergencies Act for the first time in Canada's history to give the federal government extra and "temporary" powers to handle the issue, adding the move targets those areas in need, not the whole country.

"It is now clear that there are serious challenges to law enforcement's ability to effectively enforce the law," Trudeau said. "This is about keeping Canadians safe, protecting people's jobs and restoring confidence in our institutions."

The act will ensure that essential services, such as towing services to remove trucks, are rendered, said Trudeau.

It will also be used to protect critical infrastructure such as borders and airports from the blockades and the government will give the Royal Canadian Mounted Police (RCMP) more power to arrest people gathering at illegal assemblies and allow the RCMP to assist provincial and municipal police officers to enforce their own laws.

He dismissed the involvement of military forces. "We're not using the emergency act to call in the military," he said.