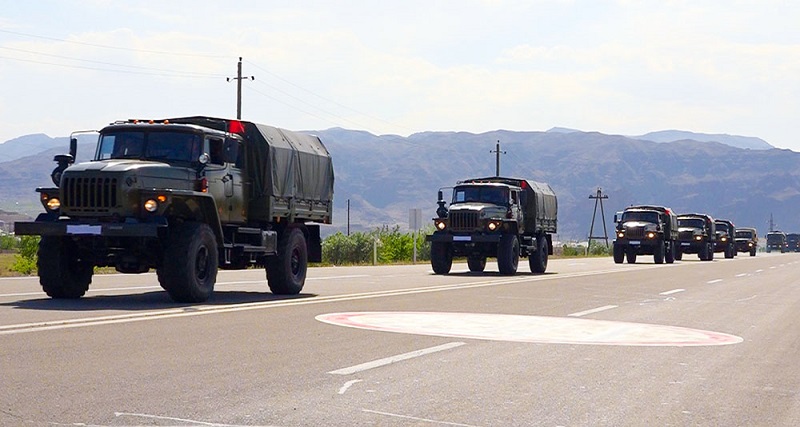 In accordance with the Combat Training Plan for 2021, the Nakhchivan Garrison started the Command-Staff Exercises with the involvement of formations and units of various types of troops.

During the Command-Staff Exercises, formations and units involved in practical activities have been put on alert and withdrawn to the destination areas according to combat training tasks.

Camouflaging was provided on the territory to conceal the troops’ actions from the enemy’s air reconnaissance. During camouflaging, special attention was focused on the establishment of assembly areas, the deployment of command posts and false positions of combat equipment, as well as equipping them with various technical means.