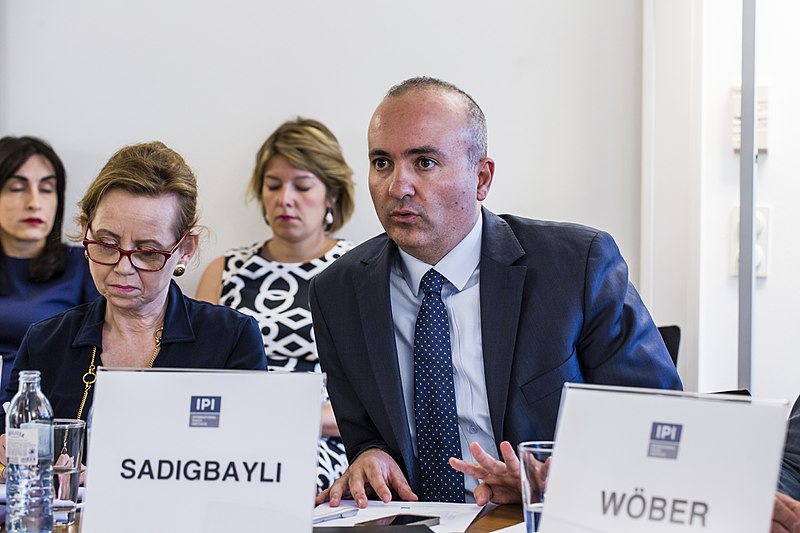 "The Delegation of Azerbaijan has already informed the Permanent Council and we would like to reiterate today again that Azerbaijan has not put any restriction on the traffic along the Lachin road. Nor did the protesters declare an intention to block the traffic along the road. The news reports and videos disseminated through social media testify to the unhindered passage of the various kinds of vehicles along the road, including civilian and emergency vehicles and those of the ICRC," Rovshan Sadigbayli, the permanent representative of Azerbaijan to the OSCE, said this in response to the speech of Armenian Foreign Minister Ararat Mirzoyan at the special meeting of the OSCE Permanent Council, News.az reports.

"The claims regarding alleged humanitarian consequences of the situation are equally false. This is nothing other than another manifestation of reckless manipulation by Armenia of the situation for obvious malign political purposes. There is no impediment whatsoever as to the supply of goods for the use of local residents or in terms of delivery of essential medical services. Nevertheless, the Government of Azerbaijan has taken the possible negative impact of the situation seriously, and on several occasions over the past weeks declared its readiness to address any humanitarian concern of our citizens of Armenian origin on the ground. Between 12 December 2022 the date when the peaceful protests started and 15 January 2023, a total of 644 vehicles of the Russian peacekeeping contingent, the ICRC and local Armenian residents passed in both directions along the Lachin road without any impediment. From 5 to 15 January 2023, the daily average of vehicles passing through the road in both directions has been 30. Most of them were heavy duty vehicles carrying foodstuff and medical supplies to Khankendi.

At the same time, we observe attempts by the Armenian side to obstruct the use of the road by the local Armenian residents in order to exploit the present situation to divert the attention of the international community from non-implementation by this country of its commitments under the trilateral statement. The Armenian side bears full responsibility for any possible consequences of these actions.

The sooner the legitimate concerns of Azerbaijani authorities and the general public with regard to abuse of the road for unlawful exploitation of resources and for military purposes will be addressed, the sooner the present situation will be resolved," the permanent representative said.