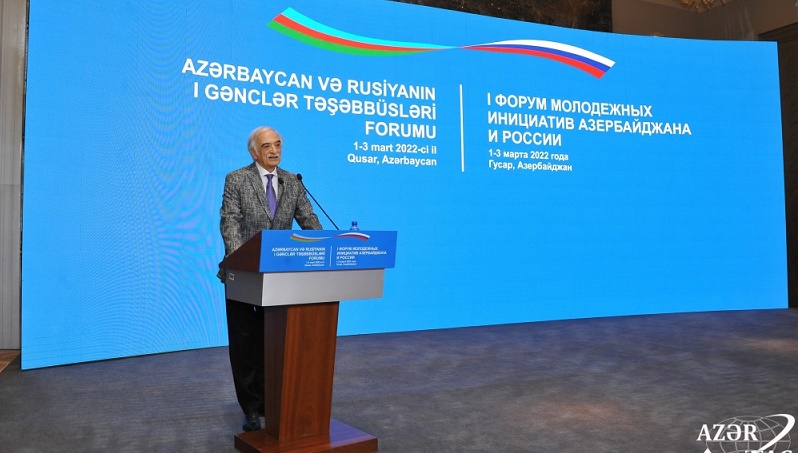 Nowadays conditions have been created for closer cooperation between the youth, Azerbaijani Ambassador to Russia Polad Bulbuloghlu said in his welcoming speech at the First Forum of Youth Initiatives of Russia and Azerbaijan held in Gusar on March 2, a News.Az correspondent reports.

"This year marks the 30th anniversary of diplomatic relations between our countries. On February 22 of this year, our heads of state signed a very important document "Declaration on Allied Interaction," he said.

According to the ambassador, this is a very important document for mutual relations in economic, cultural and political spheres and it opens up new horizons and opportunities.

"Now, in the new conditions, on a new platform, this interaction makes a lot of sense. Because the future belongs to young people who will promote the ideas of friendship, tolerance, and interaction," the diplomat added.