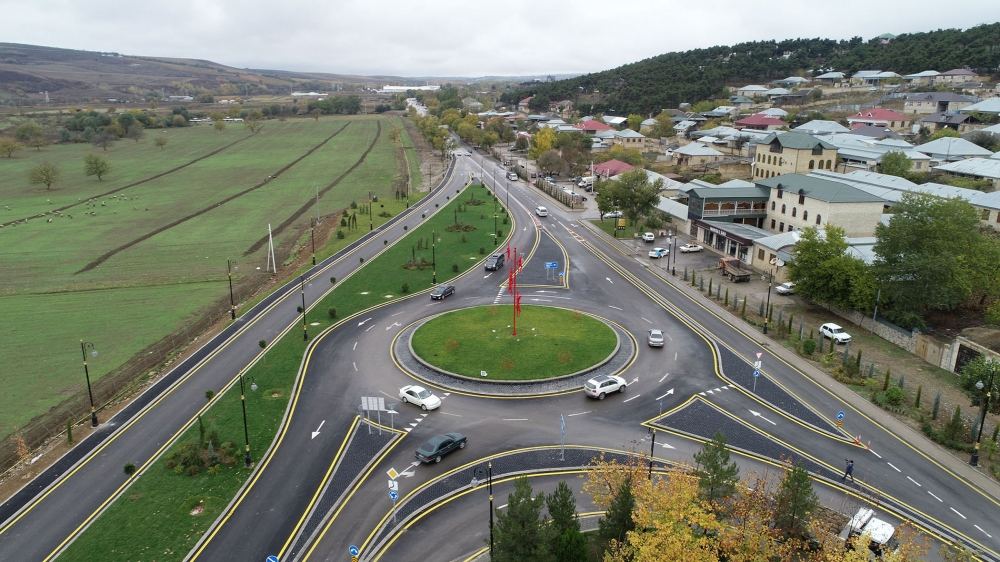 The development of districts in Azerbaijan is considered an important component of the country's socioeconomic development strategy, and state programs are developed and implemented in this direction.

Works carried out on the basis of those programs create conditions for increasing the development potential of the regions, improving the business and investment environment, infrastructure provision, the quality of communal services, improving the welfare of the population, and strengthening environmental security.

The activities implemented within the framework of those State Programs have given successful results. In the regions, construction and improvement works have expanded, new production and service enterprises based on modern technologies, social infrastructure facilities have been opened, and the employment level of the population has increased.

In the regions, the support measures provided by the state to the agricultural sector have been strengthened, and special importance has been given to increasing the production of competitive products. As a direction of further improvement of the business environment in the country, significant importance was given to the development of entrepreneurship, and the scope of electronic services provided to entrepreneurs was expanded. Investment projects were financed at the expense of concessional loans, and appropriate measures were taken for the further development of small businesses.

The development of the regions entered a new stage after the liberation of Karabakh from occupation. After the 44-day war, the government's task is to rehabilitate the lands that have been occupied for nearly 30 years and to carry out the return of displaced people.

Azerbaijan has approved the Action Plan of the "I State Program on the Great Return to the territories liberated from the occupation of the Republic of Azerbaijan". The Action Plan is multifaceted and covers all areas of socio-economic life. It is planned to build family health centers and medical centers and organize medical services in the settlements and villages located in the liberated territories.

In general, the economic revival of Karabakh means the further strengthening of the country's economy, the establishment of economic relations with other regions, and the overall pace of economic development will increase further, and the social condition of the population living in the regions will improve.

The article focuses on Promotion of socio-economic development of regions