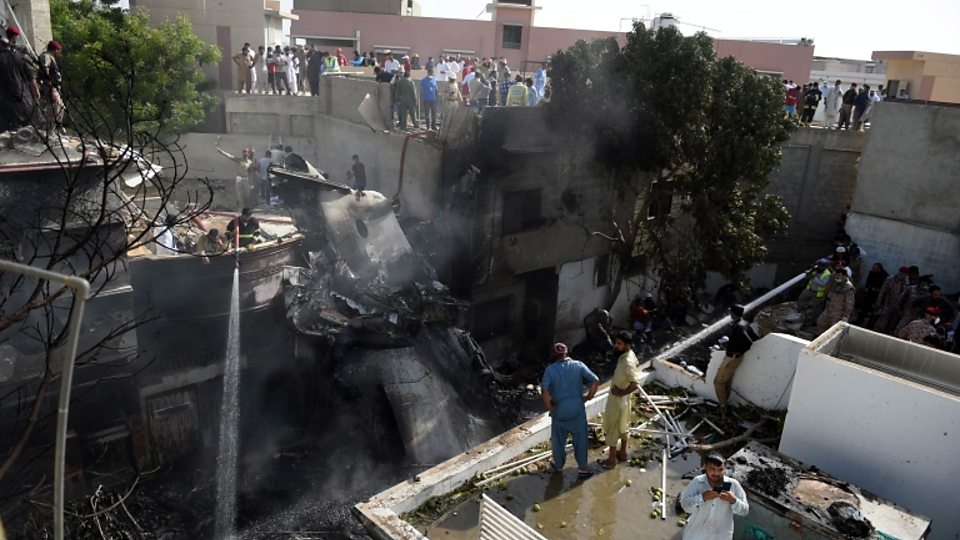 At least 54 people have been killed, with more feared dead, after an Airbus A320 passenger airliner crashed into a residential neighborhood while on approach to the airport in the southern Pakistani city of Karachi, officials say.

Reports on the number of people on board the aircraft at the time of the crash was at least 91, according to an official passenger manifest shared with Al Jazeera by officials.

Fifty-four people have died, health ministry spokeswoman Meeran Yousuf told Al Jazeera by telephone. "We have only been able to identify three of the bodies so far, due to the extreme burns," she added.

At least six people who were on the ground when the airliner crashed into houses in the densely populated Model Colony area of Karachi, adjacent to the city's international airport, were being treated for their injuries, she said.