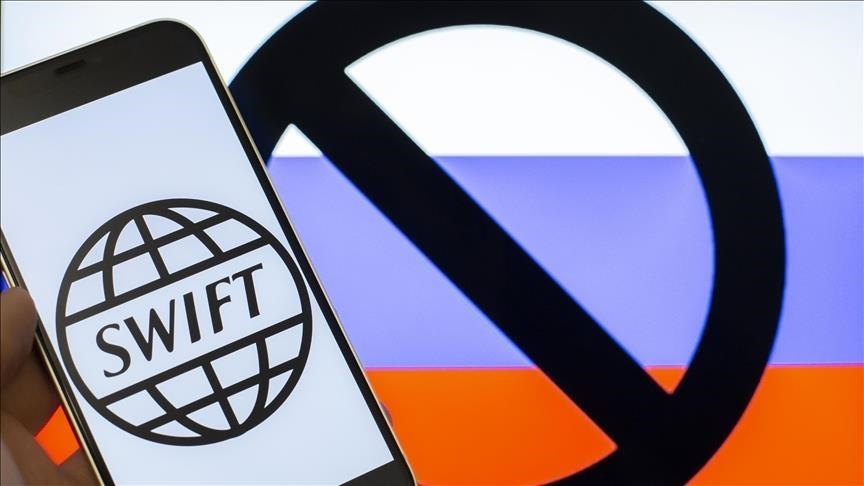 The European Union on Wednesday that it excluded seven Russian banks from the SWIFT messaging system and introduced further restrictions amid Moscow’s ongoing military attack on Kyiv, News.Az reports citing the European Council.

This prohibition will enter into force on the tenth day after the publication in the Official Journal of the EU, and will also apply to any legal person, entity or body established in Russia whose proprietary rights are directly or indirectly owned for more than 50 percent by the above-mentioned banks.