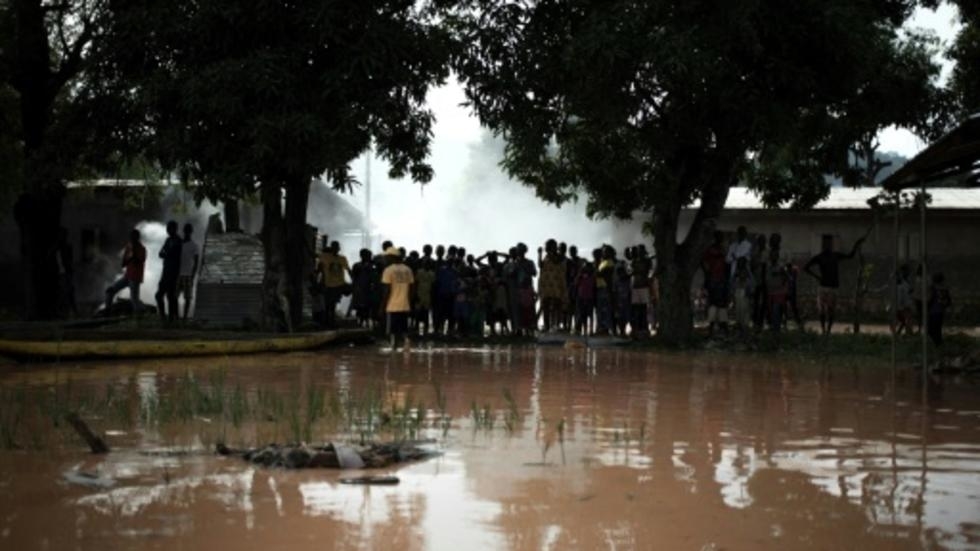 The worst flooding in two decades in the Central African Republic has left at least 28,000 people homeless, the country's Red Cross said Tuesday, with the government calling the disaster a "huge natural catastrophe", AFP reported.

Torrential rains have pounded the country for several days, causing the Oubangui River and its tributaries to overflow.

In the capital Bangui, with a population of about one million, mud homes have literally dissolved in the floods.

"Today our country, and not just the city of Bangui, faces a huge natural catastrophe," government spokesman Ange-Maxime Kazagui said in a television address late Monday.

"The Oubangui River has burst its banks, and its tributaries can no longer flow into it, creating a phenomenon of massive overflow."

The country's main river overflows about once a decade, with a 1999 disaster causing major destruction -- but Mbao-bogo said the current flooding is even worse.

"Add to that the deep poverty of our compatriots," he said.

The country of some 4.7 million people, which faces brutal violence from armed groups despite a peace pact signed this year, is one of the world's poorest countries.

With more than two-thirds of the country controlled by militias fighting the government or each other, about a quarter of the population have fled their homes.

Kazagui said Bangui residents living on the banks of the Oubangui had been hit especially hard.

"Drinking water is lacking. There are problems with latrines, mosquitos, cold and the risk of epidemics such as cholera," he said.

"We don't have the infrastructure to shelter people, but we expect that NGOs will provide tents and shelters," Kazagui said.