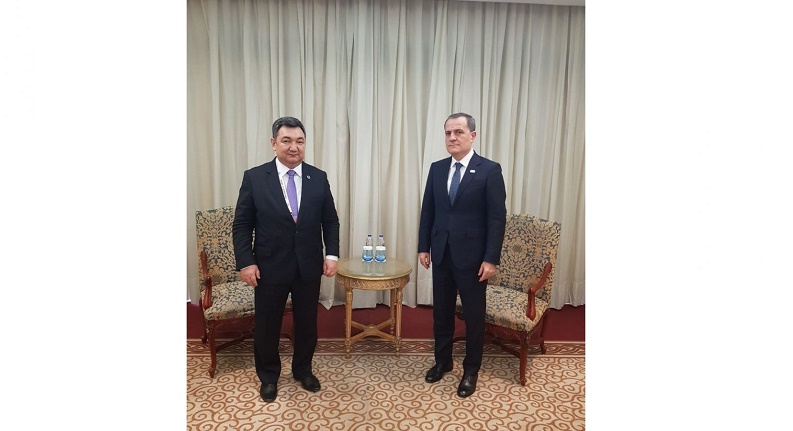 Within the framework of the meeting of the Council of Foreign Ministers of Turkey in Istanbul on November 11, Azerbaijani Foreign Minister Jeyhun Bayramov met with the President of the International Turkic Academy Darkhan Kydyrali, the press service of the Foreign Ministry told News.Az.

Minister Jeyhun Bayramov highly appreciated the activities of the Turkic Academy and its role in cooperation between the Turkic states in the field of education, science and culture. Expressing satisfaction with the completion of the process of signing the relevant multilateral documents on the Turkic Academy, the minister expressed confidence that the organization will be more active in the future, and the Azerbaijani side is ready to provide any support in this direction.

President of the International Turkic Academy Darkhan Kydyrali conveyed congratulations on the first anniversary of the Victory in Karabakh and said that this victory is a common victory for the entire Turkic world. He also thanked the Azerbaijani side for the high level of support provided to the organization and informed about the ongoing and planned projects.

Darkhan Kydyrali presented to the Minister of Foreign Affairs Jeyhun Bayramov the holy Koran, first translated into the ancient Turkic language in the 10th century, during the time of the Karakhanid state, and published by the Turkic Academy.

The parties also exchanged views on other issues of mutual interest.