For Azerbaijan, what comes after the military victory? 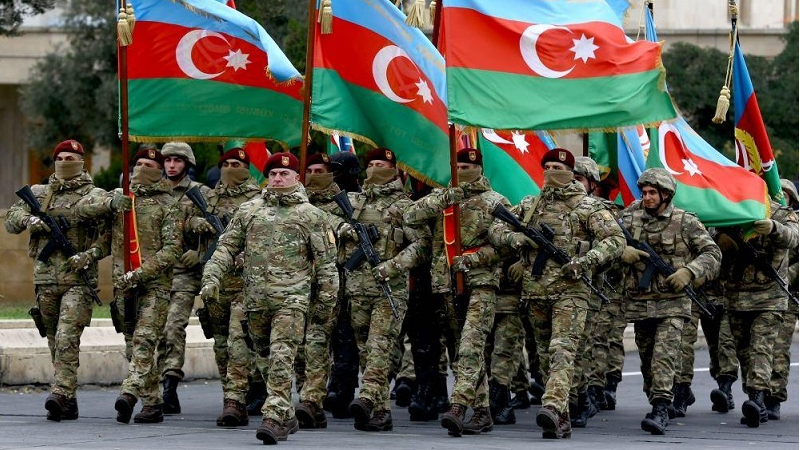 EU Reporter, a Brussels based European multimedia news platform, has published an article titled “For Azerbaijan, what comes after the military victory?”

News.Az presents the article by Colin Stevens, editor in chief of EU Reporter.

2020 will be remembered as a year of glorious victory in Azerbaijan. After nearly thirty years, the country liberated the territories that it lost to Armenia during the 1990s, known as Nagorno-Karabakh. Azerbaijan made seemingly light work of this impressive military victory. It took just 44 days for the country, with support from military ally Turkey, to bring an end to a conflict that some of the world’s most influential diplomatic powers had failed to effectively mediate for almost three decades.

This is clearly a source of great pride. After the victory, Azerbaijan put its military might on display through the streets of Baku. 3,000 military personnel and more than 100 pieces of military equipment paraded the streets of the capital city, witnessed by scores of Azerbaijanis, and overseen by Presidents Aliyev and Erdogan.

But the new year brings new challenges, and one big question – what comes after military victory?

The next stage for the Nagorno-Karabakh region has been neatly coined as the ‘three Rs’: re-construction, re-integration, and re-population. The slogan might sound simple, but the reality will be far from it. Victory in this arena will take much longer than 44 days, but Azerbaijan has started outlining a promising vision.

Following the liberation of Nagorno-Karabakh, senior Azerbaijani figures accused the Armenian government of ‘urbicide’, shocked to see the level of destruction that had befallen their homes, cultural monuments, and even the natural environment. This is most visible in Aghdam, a majority Azerbaijani city nicknamed the Hiroshima of the Caucasus because Armenian forces methodically destroyed every single one of its buildings in the 1990s, except the mosque.

Although reconstruction from this position will not be easy, if Azerbaijan can harness the potential of the land, it will most certainly be worth it.

Nagorno-Karabakh has already been touted as the next hotspot for the Azerbaijani agricultural and manufacturing industries – but what is perhaps more interesting are the government’s proposals to drive tourists to the region.

Plans have begun for the construction of an airport in the re-captured Fizuli disctrict, work to develop a motorway between Fizuli and Shusha is underway, and the government intends to build several tourist centres throughout Nagorno-Karabakh.

The goal is to attract tourists from across Azerbaijan, and abroad, by shining a light on the many cultural sites of significance in the region, including Shusha, the Azykh cave and parts of the city of Hadrut.

Alongside existing sites, there are further plans to develop cultural life with literary festivals, museums, and concert venues.

Of course, in the long term, this has the potential to bring significant income to the region, but first, reconstruction requires funding. Already, the 2021 Azerbaijani state budget has allocated $1.3 billion for restoration and reconstruction work in the Karabakh region, but the government aims to draw international investment to bolster their funds.

It is hoped that regional partners, such as Turkey and Russia, will be enticed by the prospects of regional development.

A well-connected Nagorno-Karabakh can be used to form trade routes that could bring significant investments into the Caucasus region. Ironically, one of the countries that could benefit from this most is Armenia.

In the immediate aftermath of the conflict, the potential for economic co-operation between the two countries seems unlikely, but in time it could go some way to assist with the realisation of the second ‘R’, re-integration.

Ethnic re-conciliation is one of the greatest challenges in any post conflict situation. The Azerbaijani authorities have committed to ensuring that Armenian citizens are protected in line with their constitutional rights and have promised to offer any Armenian’s who wish to remain in Nagorno-Karabakh Azerbaijani passports, and the rights that come along with them.

But this alone will not be enough to build the confidence that is needed for Azerbaijanis and Armenians to live in peace, side by side.  Wounds are still fresh. Azerbaijanis know that building the trust that will enable re-integration will take time. But there is reason to be optimistic.

Officials and analysts often point to Azerbaijan’s proven track record of multicultural co-existence as promise for the prospects of re-integration. Recently, the Chief Ashkenazi Rabbi of Azerbaijan wrote in the Times of London about his experience taking up post in a Muslim majority country where the Jewish community is “thriving”.

What is likely to be a much easier task for the Azerbaijani authorities is the final ‘R’, repopulation.

Azerbaijan has amongst the highest number of Internally Displaced People (IDPs) in the world. More than 600,000 Azerbaijanis were forced to leave their homes, either in Nagorno-Karabakh or in Armenia, after the first Karabakh War.

For almost all of them, the region remains home, and they are desperate to return home, but they rely on reconstruction before they can do so. That is precisely why the 3 Rs constitute a virtuous cycle that Azerbaijani leaders are setting in motion.

Azerbaijan stunned many with their military victory, and they intend to surprise the world again with their ability to deliver the conditions of lasting peace in the region.