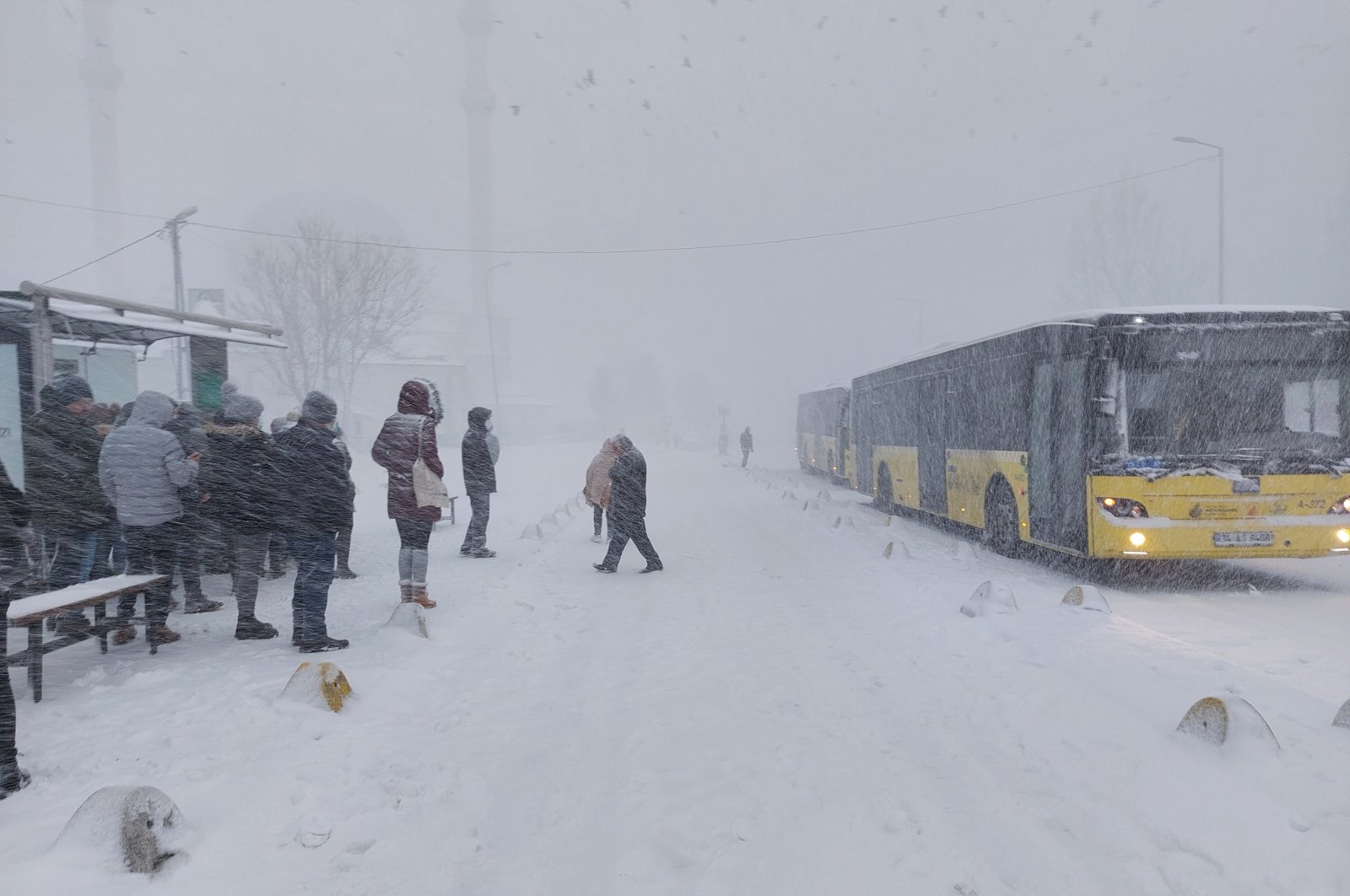 All intercity bus services have been suspended until 8 a.m. on Jan. 25 while motorists were strongly advised against departing Thrace for Istanbul.

Disabled and pregnant civil servants were already put on administrative leave in the city. Public offices in Istanbul were ordered to end their shifts at 3:30 p.m. local time due to an expected increase in the snowfall in the evening and related difficulties in transportation, Governor Ali Yerlikaya announced later on Monday.

Universities were also shut down for two days. Other schools have already been closed since last week as the semester break began.

Also, civil servants in Istanbul, except for security, health and transportation services, will be allowed to be on full-time administrative leave on Tuesday.

Meanwhile, city life got a big hit due to the snow as shopping malls will shut early at 7:30 p.m. local time, 2.5 hours earlier than usual.

Traffic accidents have become increasingly more common amid the harsh winter conditions too, with 50 cars getting involved in a multiple-vehicle collision on the Northern Marmara Highway, just a day after a major accident that left three people dead and 18 wounded as a bus rolled over into a ditch in Istanbul's north.

Yet, there was no major disruption to traffic in the metropolis early Monday. Main roads and streets were largely open with smooth-flowing traffic while alleys and smaller streets, especially those located on slopes, posed a challenge for drivers, who struggled to keep their vehicles on the road.

It was announced later that all Istanbul-bound traffic from Anatolia has been halted over the snowstorm. Vehicles will have to remain in neighboring provinces until further notice, the Turkish General Directorate of Highways said.