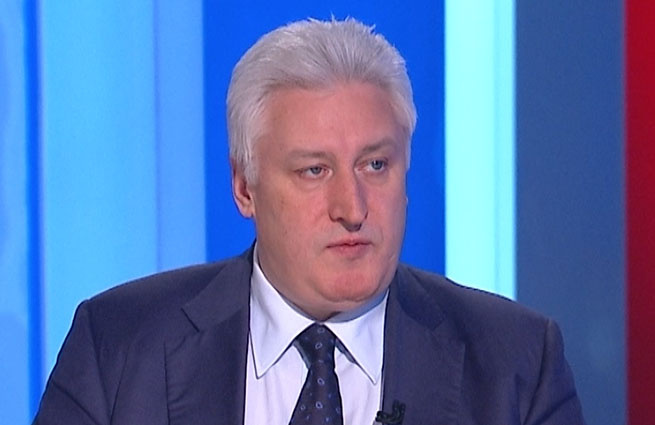 In Russia, it is known for a fact that Garegin Nzhdeh was a Nazi collaborator, therefore, Armenian Prime Minister Nikol Pashinyan's attempts to present Garegin Nzhdeh as a man who has nothing to do with Nazism cause nothing but regret, editor-in-chief of 'National Defense' magazine Igor Korotchenko said, speaking with the correspondent of Vestnik Kavkaza.

Today, President of Azerbaijan Ilham Aliyev, speaking at the session of the Council of CIS Heads of State in Ashgabat, reminded of the glorification of Nazi collaborator Garegin Nzhdeh in Armenia. Nikol Pashinyan, speaking next, tried to present Ilham Aliyev's words as his personal opinion, as a "subjective interpretation", although the President of Azerbaijan voiced the historical facts and provisions of official documents.

"Pashinyan’s statement about Nzhdeh is the same policy as the one pursued by the Baltic countries to defend former SS-men who fought against the Soviet Union and are considered war criminals. I would recommend Mr. Pashinyan to open the 12-volume encyclopedia 'The Great Patriotic War of 1941-1945' published by the main editorial commission of the Russian Ministry of Defense. In particular, it contains the official point of view of the Russian special services regarding Garegin Nzhdeh," Igor Korotchenko suggested that Nikol Pashinyan should fill in the blanks in his education.

"In the 6th volume of this encyclopedia, there is an article 'The counterintelligence activities in the final period of the war', telling about the counter-intelligence agency SMERSH. It says: "As part of the intelligence case on the Abwehr 114 (Dromedar) counterintelligence agents identified and arrested the former Dashnak general, immigrant Ter-Harutyunyan, who served with the Germans as Nzhdeh. During the Great Patriotic War, he recruited more than 30 agents of Armenian nationality in Bulgaria, participated in their diversionary training and transfer to the rear of the Red Army for subversive activities. SMERSH officers detained 17 saboteurs, preventing them from committing acts of sabotage, and the rest were put on the wanted list." These are documentary data," the military expert emphasized.

"In the context of this topic, the question of how many saboteurs and terrorists Nzhdeh recruited for the special services of Nazi Germany is not of fundamental importance. Another thing is important - in modern Russia, it is known that Nzhdeh was a secret agent of the Nazis, a major recruiter, not just for intelligence work, but also to carry out sabotage and terrorist acts in the rear of the Soviet army and on the territory of the USSR. Therefore, Nzhdeh is a Nazi collaborator and criminal," Igor Korotchenko drew attention.

"And the fact that the current leader of Armenia covers him only causes regret and questions as to whether Mr. Pashinyan knows history well enough. He should read the official publication of the 12-volume encyclopedia 'The Great Patriotic War of 1941-1945', in which the Russian Federation officially assessed Garegin Nzhdeh's actions," the editor-in-chief of 'National Defense' magazine concluded.