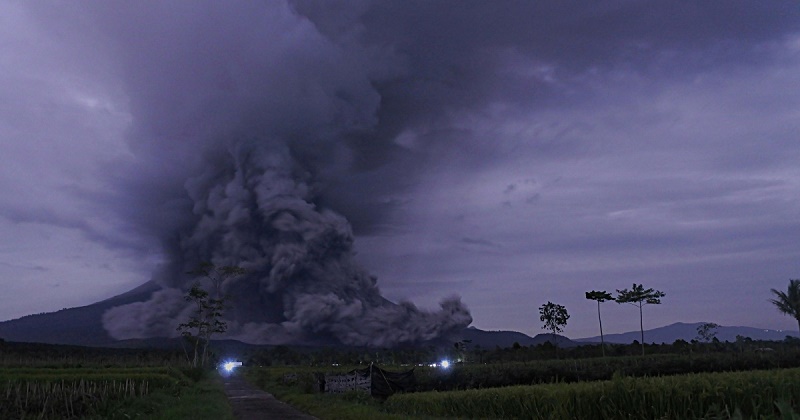 The official said one bridge was damaged, and "there is one sub-district where the villagers have to be evacuated. Evacuation is underway now."

Soon after the eruption, local disaster management agency officials conducted the evacuation of the villagers living in the slopes of the volcano, he said in a statement.