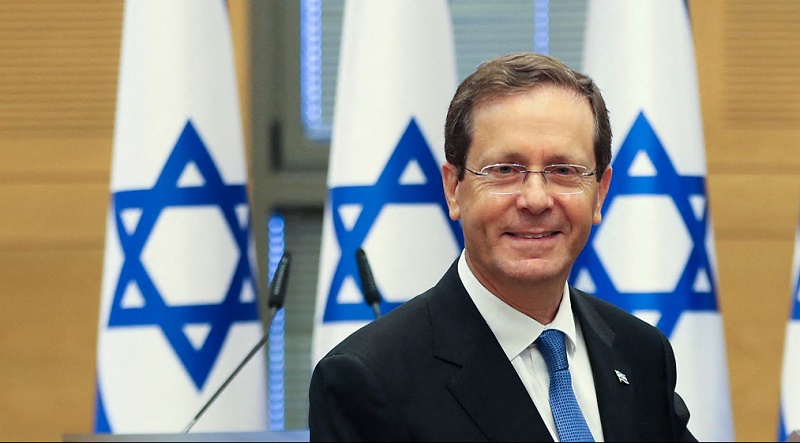 Israeli President Isaac Herzog will make a "historic trip" to the United Arab Emirates (UAE) on Sunday, his office announced on Tuesday.

"For the first time in history, the President of the State of Israel will conduct a presidential visit to the United Arab Emirates," the Israeli president's office said in a statement, according to Xinhua.

During the two-day visit on Jan. 30-31, Herzog is scheduled to meet with Abu Dhabi Crown Prince Sheikh Mohammed bin Zayed al-Nahyan, the de facto ruler of the UAE, and other senior UAE officials as well as representatives of the local Jewish community, it said.

Herzog, who will travel with his wife, Michal Herzog, will also inaugurate Israel's national day at the Expo 2020 Dubai, the office said.

The visit comes as Israel and the UAE are strengthening ties amid rising regional tensions and the intensified efforts by the world powers to renew the 2015 nuclear deal with Iran despite Israel's opposition.

"This important visit comes as the Israeli and Emirati nations are busy laying the foundations of a new shared future," Herzog said in the statement.

"I believe that our bold new partnership will transform the Middle East and inspire the whole region," he said.

The Israeli presidency is a largely ceremonial post in the country. Israeli Prime Minister Naftali Bennett visited the Gulf country in December 2021, about a year after the two countries normalized ties under a U.S.-brokered peace accord.