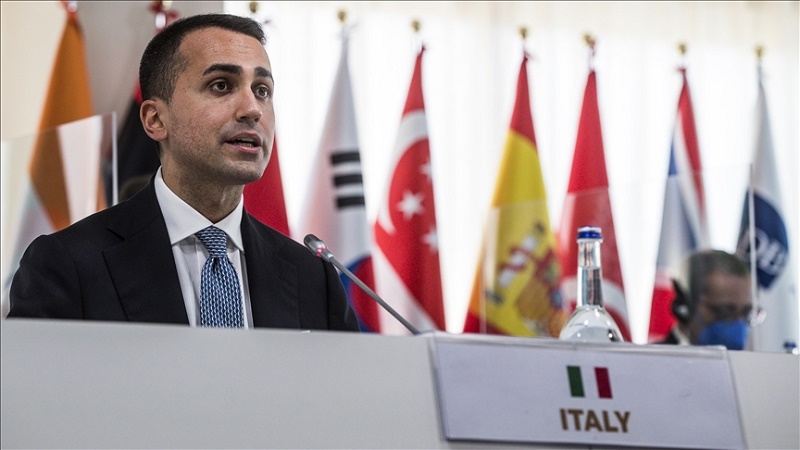 The US withdrawal from Afghanistan and the AUKUS agreement for the supply of nuclear submarines to Australia "demonstrate the urgency of launching a real EU defense," the Italian foreign minister said on Friday, Anadolu Agency reports.

"It would be a very important and necessary step ... none of us can think of competing as a single country," Luigi Di Maio told La Repubblica in an interview.

He hoped the 27-member bloc would reach a consensus on the issue, which could have foreign policy implications.

“The debate has just resumed, but we have encouraging signs ... we want to be able to take decisions by majority vote ... This is a historic and urgent turning point," the minister said.

“Yes, the G20 will take place after the United Nations General Assembly in New York where I will go next week," he said.

"We also asked for the participation of UN agencies and humanitarian organizations involved in Afghanistan. We need to strengthen international security with the fight against terrorism, including by protecting neighboring countries that risk suffering from the Afghan crisis. We must then provide assistance to refugees and displaced persons in a coordinated manner, guaranteeing the mobility and safety of people."

On Wednesday, Ursula von der Leyen, the EU Commission president, said the bloc will hold next year a summit on European defense "since it is time to step up for a European Defense Union."

Australia has joined the US and UK to form the new Indo-Pacific security alliance. The formation of AUKUS means Australia will discard its Future Submarine Program with France, an EU member, and assemble eight nuclear-powered submarines with its new allies.