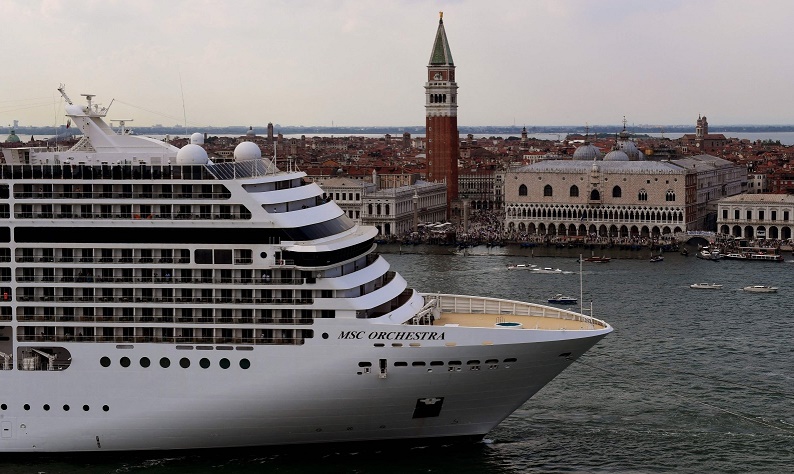 After years of hesitation, Italy Tuesday took a plunge in the deep end banning cruise liners from Venice lagoon to defend its ecosystem and heritage.

The move was dubbed as putting the demands of residents and cultural bodies above those of the tourist industry. The Italian government decided to act after the United Nations cultural organization UNESCO threatened to put Italy on a blacklist for not banning liners from the World Heritage site, Cabinet sources said.

The ban will take effect from Aug. 1, barring ships weighing more than 25,000 tons from the shallow Giudecca Canal that leads past Piazza San Marco, the city's most famous landmark. "I am proud of a commitment that had been honored," Culture Minister Dario Franceschini said in a tweet announcing the Cabinet's approval of the decree, confirming a previous Reuters report.

The legislation, which is likely to affect the business of cruise companies such as Carnival Cruises, provides compensation for firms and workers involved, a culture ministry statement said.

Venice residents and the international community have been urging governments for years to ban large ships passing through the lagoon, polluting and threatening the stability of its buildings and fragile ecosystem. Such concerns clash with the interests of port authorities and tourist operators who say the city needs the business offered by the cruise industry.

The 25,000-ton threshold will mean only small passenger ferries and goods vessels can use the Giudecca, excluding all cruise liners that typically weigh at least four times as much and can reach more than 200,000 tons.