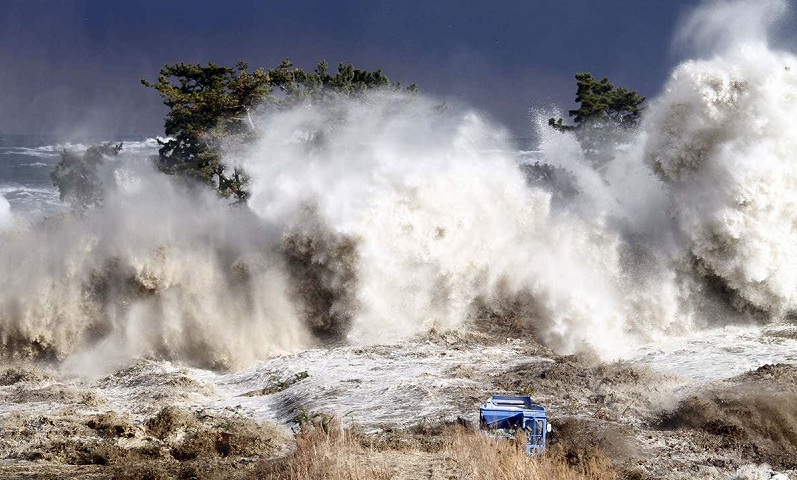 Japan’s Meteorological Agency on Saturday warned that Typhoon Haishen, which is expected to hit the country's southwestern prefectures in the next few days, may cause strong waves comparable to tsunamis in height.

"The likelihood of significant damage due to the typhoon has increased. Sea waves can overcome protective dams and be, if not the same as tsunamis, then very similar to them", a spokesperson from the agency said during a press conference in Tokyo.

Typhoon Haishen is expected to hit Japan's Kyushu island on Sunday or Monday, and its central atmospheric pressure is 920 hectopascals. The agency has also warned about torrential rain in Kyushu and Okinawa over the weekend.

According to the broadcaster NHK, at least 96 domestic flights were cancelled in southern and southwestern Japan on Saturday due to the typhoon.