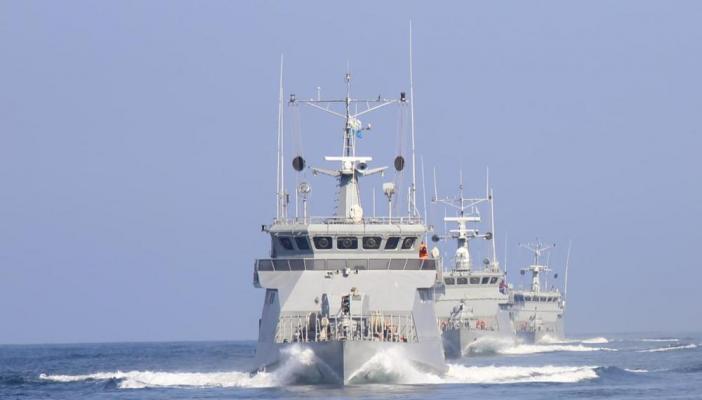 Kazakhstan has launched three-day command and staff exercises in the Caspian Sea to prevent possible threats.

Commander-in-Chief of the Naval Forces Rear Admiral Saken Bekzhanov is supervising the exercises held jointly with the Air Force and the rapid response group of the directorate of the National Security Committee's Border Service in the western Mangistau Region, News.Az reports citing Kazakhstan Today.

“The level of preparedness of command and control units, commanders of subdivisions of the Naval Forces' subordinate units will be checked during the exercises. Specific attention will be paid to improving the practical skills of commanders to prepare for and conduct combat operations, and organize cooperation and comprehensive support,” Bekzhanov said.

The exercises will be held in three stages, and it includes practical measures aimed at organizing all types of security and defense of the base, the ports of Aktau and the Northern Terminal, and maritime economic facilities.

"The crews of the Mangistau missile and artillery ship, the Alatau minesweeper ship and the Zhayyk hydrographic survey vessel are practicing in the Kazakh sector of the Caspian Sea actions to repel attacks by suicide boats, unmanned aerial vehicles and aerial threats of an enemy. The marines will inspect a 'suspicious' ship as well as organize the search for and rescue of the emergency ship damaged in a battle," the report added.