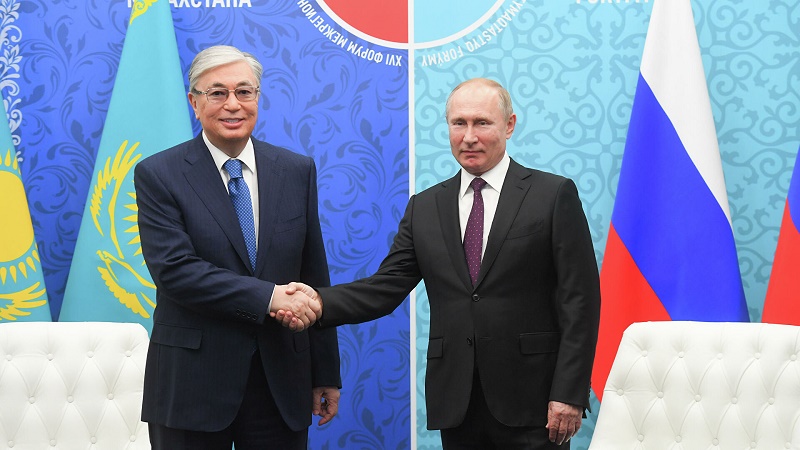 Documents in the sphere of education, transport, digitalization, space, as well as the training of specialists for the nuclear power industry were signed following talks in Moscow between President of Kazakhstan Kassym-Jomart Tokayev and Russian President Vladimir Putin, the press service of the Kazakh leader reported on Thursday, News.Az reports citing TASS.

During the meeting of the Kazakh and Russian leaders, special focus was on cooperation on the track of education, it noted. "Given the demand for highly-qualified engineering personnel, agreements were reached to expand the network of branches of leading Russian universities in Kazakhstan and the training in Russia of specialists under the Bolashak (international scholarship) program," the press service added.