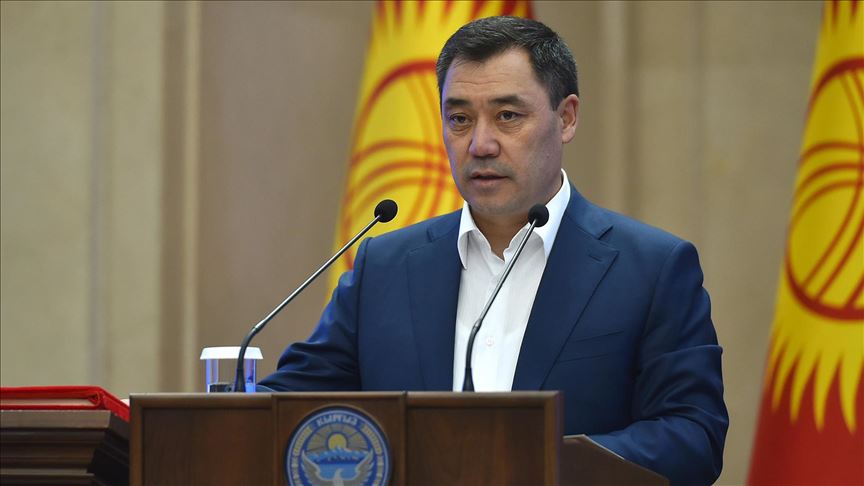 Bishkek will continue making efforts to resolve the situation on the border with Tajikistan as soon as possible, Kyrgyz President Sadyr Japarov said on Saturday, News.Az reports citing TASS.

"History has shown that the border issue is a complicated one and requires much attention and patience. However, we won’t stop for a second in our efforts to resolve [the situation] on the Kyrgyz-Tajik border as soon as possible," Japarov wrote on Facebook.

Japarov was confident that Kyrgyzstan’s territorial integrity would be preserved.

Tensions rose on the Tajik-Kyrgyz border on September 14. According to Bishkek, Tajik border guards crossed the border in the Bulak-Bashy area of Kyrgyzstan’s Batken District on Wednesday and "took up combat positions." In response to Kyrgyz troops’ demand to leave the territory, Tajik border guards opened fire and a shootout ensued. Armed clashes later took place in the Kak-Sai and Pasky-Aryk areas of the Batken Region. According to the latest reports, 24 people were killed and 103 suffered wounds in Kyrgyzstan. The country’s authorities evacuated about 136,000 civilians to safe places.