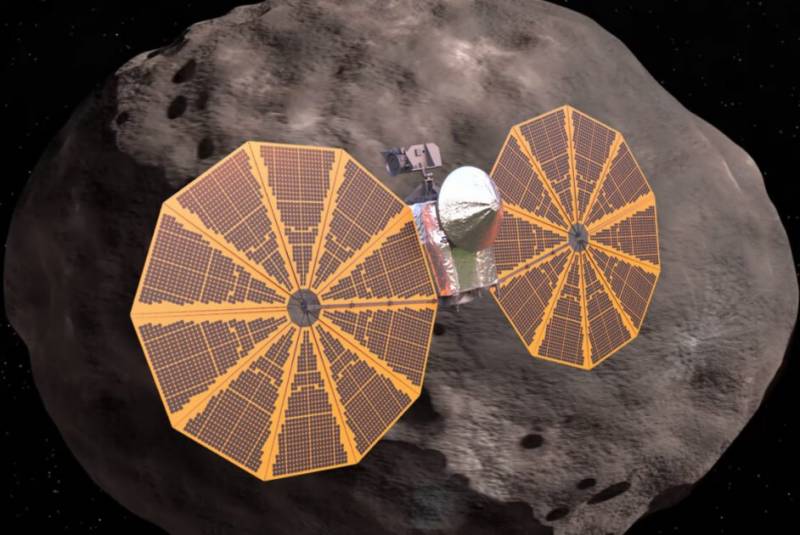 NASA was set Saturday to launch a spacecraft called Lucy on a 12-year mission to explore for the first time a group of rocky bodies known as the Jupiter Trojan asteroids, gathering new insights into the solar system's formation, News.Az reports citing AFP.

The Atlas V rocket responsible for propelling the probe was scheduled to take off on Saturday at 5:34 am local time (9:34 am GMT) from Cape Canaveral.

Named after an ancient fossil of a pre-human ancestor, Lucy will become the first solar-powered spacecraft to venture so far from the Sun, and will observe more asteroids than any probe before it -- eight in all.

Additionally, Lucy will make three Earth flybys for gravity assists, making it the first spacecraft to return to our planet's vicinity from the outer solar system.

Lucy's first encounter will be in 2025 with asteroid Donaldjohanson in the Main Belt, between Mars and Jupiter. The body is named for the discoverer of the Lucy fossil.

The largest of them is about 60 miles (95 kilometers) in diameter.

Lucy will fly by its target objects within 250 miles (400 kilometers) of their surfaces, and use its onboard instruments and large antenna to investigate their geology, including composition, mass, density and volume.