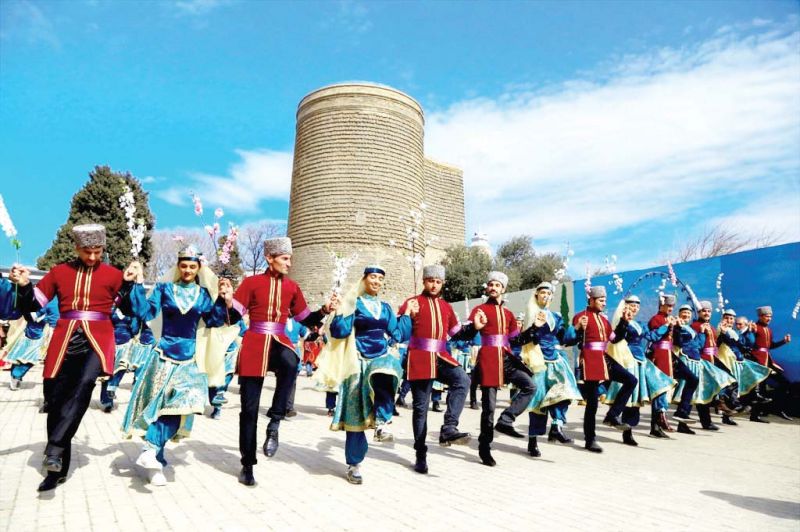 Every people have high national and moral values and traditions formed over centuries and millennia. That is why nations differ from one another. By preserving their traditions as a sacred, inviolable treasure, the nations that ensure their eternity ensure their future.

The research of historians proves that the Azerbaijani people have a history of 5,000 years of statehood. There are enough historical facts to prove it. The national spirit and customs have an important role in the formation of the people as a nation from century to century.

After the declaration of Soviet power in Azerbaijan, national values and traditions were banned as a remnant of the past, and they tried to distort history of the country and alienate people from their roots.

The people of Azerbaijan have made invaluable contributions to human civilization with their rich national, moral, and spiritual values. After national leader Heydar Aliyev became chairman of the Supreme Soviet in 1969, Azerbaijani people began to live their traditions comparatively openly and after the collapse soviet empire, returned to their Spirit.

The Azerbaijani people have many ancient traditions, such as hospitality.

Hospitality and everything connected with it is the main tradition that Azerbaijan is famous for. Even during ancient times, Azerbaijanis had a peculiar approach to visiting homes of other people and treating guests. Even centuries couldn’t change this national trait. “House that doesn’t greet guests will perish” as a famous Azerbaijan proverb says. Interestingly, hostesses of prosperous houses not only always feed guests but also give a bag full of delicious food as a gift.

Feast is a sacred thing for Azerbaijanis. For them, it is important to offer delicious pilaf, meat dishes, and tea for guests, so prepare to eat and eat a lot! Actually, it is impossible to resist local food anyway because everything is so juicy, delicious, fresh, and, what’s really important, organic.

Tea party traditions are widespread in the country. In general, this tradition is also connected with the hospitable nature of the nation. Tea is usually served at least twice: before main course dishes and after the meal. Azerbaijan is a classic example of Caucasian tea ceremonies that are, by the way, somewhat different from internationally famous tea ceremonies in China and Japan. In Azerbaijan, there are no strict rules regarding the tea ceremony itself. There is only one rule – to serve tea even if a guest visits the house for one minute on occasion.

Azerbaijan has traditional holiday such as Novruz. It is a traditional holiday which celebrates the Persian New Year and the coming of Spring. When Azerbaijan was part of the Soviet Union, the celebration of this holiday was generally unofficial and at times even prohibited. Currently in Azerbaijan, Novruz is treated as an official public holiday. It is a feast of spring, start of New Year. Celebrations of this holiday are one of the most interesting events in this country.  Traditionally, Azerbaijanis start festivities 4 Wednesdays before 21st of March, symbolizing end of the Old year and beginning of the New year:  Su Chershenbe (Water Wednesday); Odlu Chershenbe (Fire Wednesday); Torpag Chershenbe (Earth Wednesday); Akhyr Chershenbe (Last Wednesday).

According to the traditional beliefs the water is reborn on the first Wednesday: still waters come to motion; The fire reborn on the second one, the earth - on the third. On the fourth Wednesday the wind opens tree buds and spring begins.

Novruz in Azerbaijan is full of ceremonies and traditions. Here is one, for example. In the evening each family light the number of torches on their house's roof corresponding to the number of the family members. Everyone in the family should jump over the burning fire saying a special spell. After the fire dies out girls and young men collect the remaining ash and pour it somewhere in the outskirts of the village or a road.

Symbolically purifying fire burns all past failures, even the memory about them is deleting from the house along with the ash.

Azerbaijan has special wedding traditions. The most densely packed with national rituals and ceremonies were and still are the wedding ceremonies.

The article focuses on the National traditions of Azerbaijan