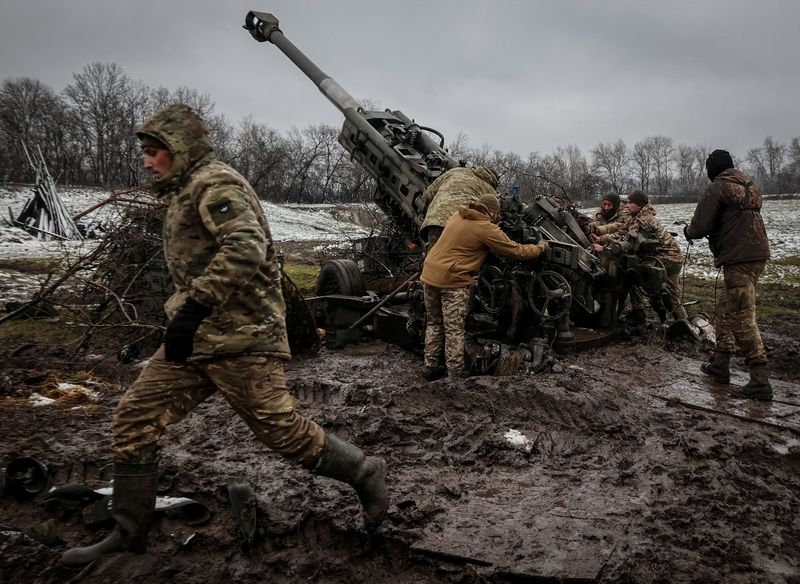 NATO allies promised on Tuesday more arms for Kyiv and equipment to help restore Ukrainian power and heat knocked out by Russian missile and drone strikes, as air raid sirens blared across Ukraine for the first time this week, News.az reports citing UNIAN.

Ukrainians fled the streets for bomb shelters, although the all-clear later sounded across the country. In the eastern Donetsk region Russian forces pounded Ukrainian targets with artillery, mortar and tank fire.

Foreign ministers from the NATO alliance, including U.S. Secretary of State Antony Blinken, began a two-day meeting in Bucharest, seeking ways both to keep Ukrainians safe and warm and to sustain Kyiv's military through a coming winter campaign.

"In a nutshell: Patriots and transformers are what Ukraine needs the most."

Former Russian president Dmitry Medvedev warned NATO against providing Ukraine with Patriots and denounced the Atlantic alliance as a "criminal entity" for delivering arms to what he called "Ukrainian fanatics".

NATO Secretary-General Jens Stoltenberg said Russian President Vladimir Putin was "trying to use winter as a weapon of war" as Moscow's forces lose ground on the battlefield.