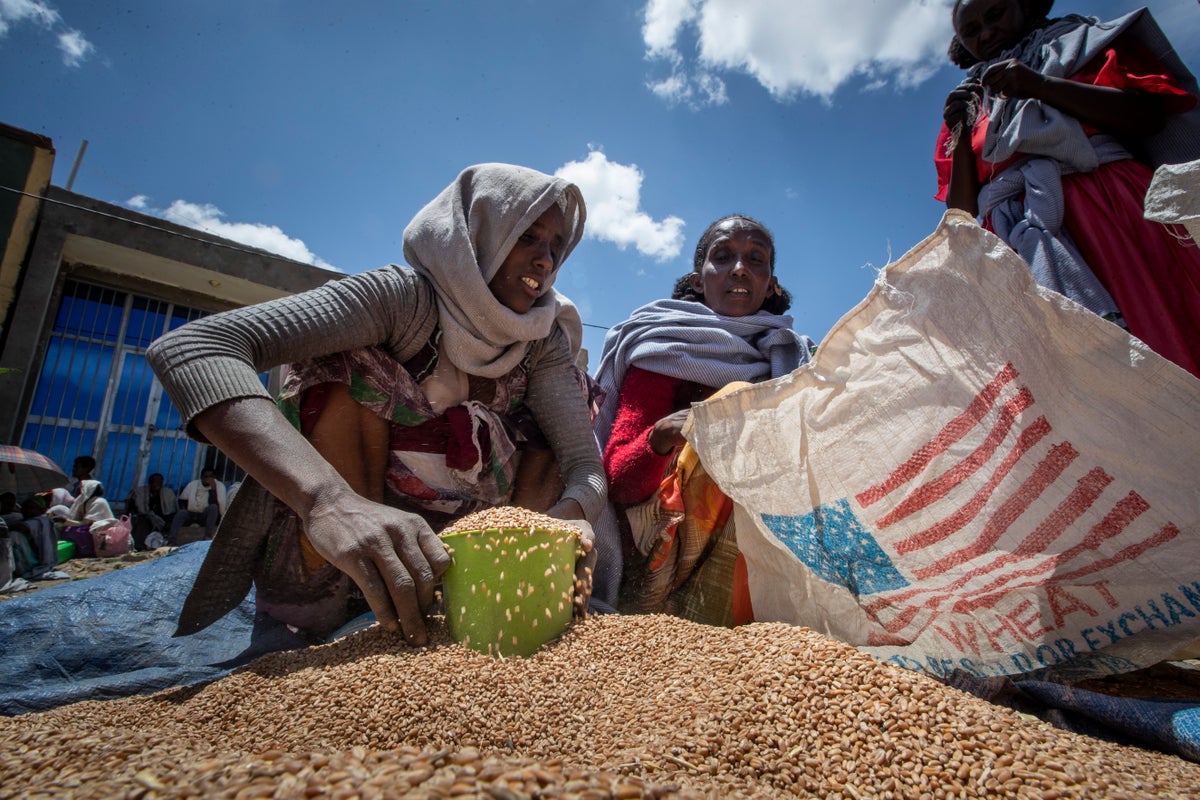 Nearly 40% of people in Ethiopia's Tigray region do not have adequate food after 15 months of conflict, according to an assessment released on Friday by the U.N. World Food Programme (WFP), News.Az reports citing Reuters.

The agency surveyed 980 households across the region and found that three-quarters of people are using extreme coping strategies like cutting the number of meals they eat daily.

The war broke out in November 2020 and pits the Ethiopian government and its allies against Tigrayan forces loyal to the Tigray People's Liberation Front (TPLF), the political party that controls Tigray region.

The conflict has killed thousands and displaced millions across three regions in Ethiopia and into neighbouring Sudan.

Government spokesman Legesse Tulu did not immediately respond to a request for comment on the U.N. assessment but told Reuters on Monday that the TPLF is using "hunger as a political tool".

WFP said on Friday that although the ability of aid workers to enter Tigray improved during the summer months and "kept starvation at bay" for people there, no aid convoy has reached Tigray since mid-December.

The Ethiopian government said last week that 43 trucks would deliver food and other aid to Tigray, but no trucks have arrived as fighting rages along the border between the Afar and Tigray regions. On Friday, the government said in a statement that a convoy carrying food and medicine was forced to turn back due to fighting it blamed on the TPLF.

A doctor at the Ayder Referral Hospital in the Tigray regional capital Mekelle told Reuters that hospital staff have not been paid in eight months. Some doctors and nurses have had their own children admitted to the hospital for malnutrition and some staff have resorted to begging for food, the doctor told Reuters on Thursday.

The U.N. Office for the Coordination of Humanitarian Affairs said on Friday that all international aid groups operating in Tigray had run out of fuel. The government spokesperson did not immediately respond to a request for comment on that report.