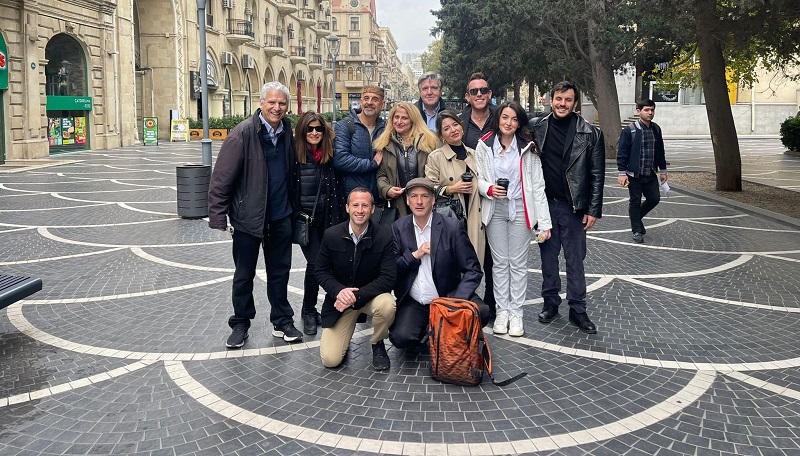 The Network of Azerbaijani Canadians has issued a statement on the online attacks against the Canadian journalists visiting Azerbaijan, News.Az reports.

Alarmingly, we have come across outrageously hateful and harassing comments aimed at the journalists who shared their impressions of the places and people they met during the trip. At least one group member received death threats against themselves and their family members, and others were attacked and bullied, accused of sharing "propaganda" in their social media posts. Some of the posts on social media contained anti-Semitic slurs and insults. We regret to see that many of these comments and attacks came from accounts identifying as "Armenian," as well as from a Canadian journalist based in Armenia and from Evan Hadfield, the son of a renowned Canadian astronaut, who illegally visited Azerbaijan's occupied territories several years ago.

We consider these attacks nothing less than harassment, bullying, and an outrageous expression of hatred aimed at discrediting the journalists and our Azerbaijani and Jewish communities' grassroots advocacy work. We condemn them unequivocally. As a Canadian organization, NAC is incredibly proud of having built a vibrant and strong community organization funded exclusively by Azerbaijani Canadians. This important trip to celebrate religious coexistence resulted from months-long fundraising and partnership-building effort that our community members worked very hard to put together.

We call on the policymakers, fellow organizations, and community members to publicly condemn this unacceptable targeting campaign against Canadian journalists. This is an attack on Canadian communities first and foremost and a vile show of the hatred and antisemitism that continues to exist here.

As Azerbaijanis living in Canada, we believe in and continue to advocate for peace between Azerbaijan and Armenia. But we will not waiver from telling the stories of 700.000+ indigenous Azerbaijani people ethnically cleansed from their homes in Azerbaijan's Karabakh region, the destruction of Azerbaijani heritage in the occupied territories and the Khojaly massacre committed on the night of 25-26 February in 1992. As we have done in the past several months, we will continue building bridges with all communities, listening, talking and healing together.”